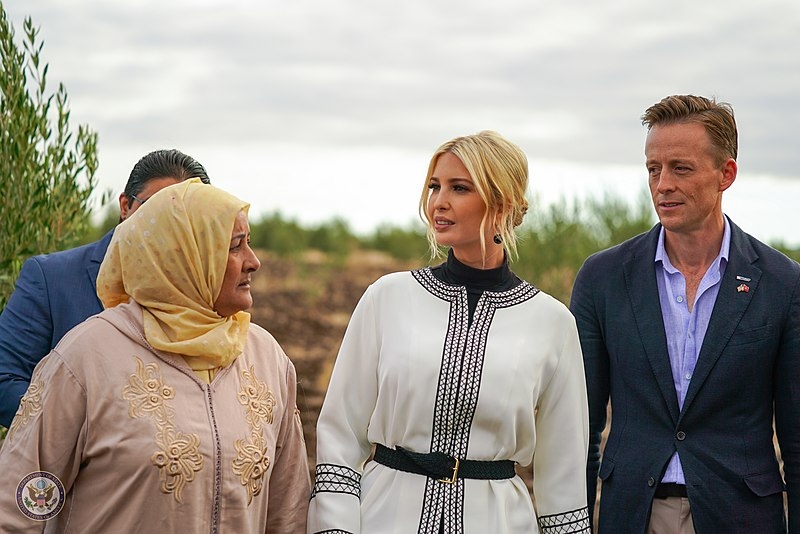 The Hill reports Ivanka Trump toured the national park with Interior Secretary David Bernhardt. She also delivered some remarks upon her visit and promotion of the bill. The Great American Outdoors Act will provide funding to the popular Land and Water Conservation Fund or LWCF as well as address the maintenance backlog in national parks all over the country.

This marks a shift in her father Donald Trump’s tone towards conservation, where he previously proposed slashing the budget allocated for the LWCF up to 97 percent. The Trump administration has also pushed for legislation that would bypass environmental standards for corporations as well as stripping protections of national monuments like the Bears Ear National Monument, Grand Staircase National Monument, and the Northeast Canyons and Seamounts Marine National Monument.

The bill’s key sponsors are Republican senators Cory Gardner and Steve Daines. Both Senators are up for reelection this year alongside Trump.

Ivanka later shared photos from the visit on Twitter. “The pandemic has made us value, now more than ever, the national treasure that is our parks & the respite they afford our families. Today @SecBernhardt & I visited Rocky Mountain Nat’l Park to celebrate the passage of the Great American Outdoors Act, a landmark win for all!” tweeted Ivanka.

Ivanka’s husband is fellow White House senior adviser Jared Kushner, and in a 2016 interview with CNN, she revealed that Kushner was the only one she took home to meet her parents. Upon recalling her family life, Ivanka revealed that she never really brought her previous boyfriends home to meet her father and her mother, Ivana Trump.

Ivanka explained that she was not going to let the men she dated be “subject to scrutiny” by her parents unless she was absolutely sure. The first daughter has had two long-term relationships prior to meeting Kushner, whom she started dating in 2005. The two briefly split in 2008 out of Kushner’s parents not supporting him for dating a non-Jewish woman at the time.

Ivanka ultimately converted to Judaism, and they married in 2009. They have three children.