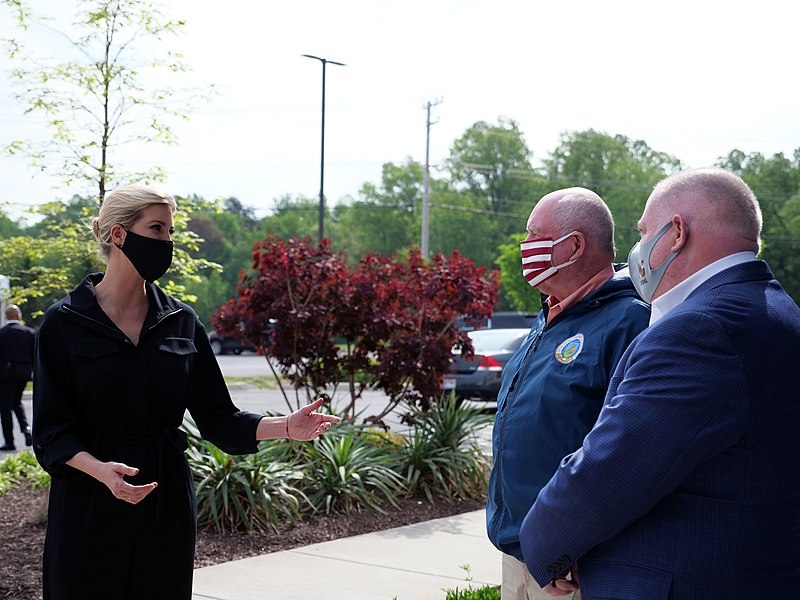 US Department of Agriculture / Wikimedia Commons

Donald Trump’s eldest daughter and White House adviser Ivanka Trump has returned to the campaign trail to make a case for her father to their base of voters and to undecideds. Following the first presidential debate, Ivanka returned to the trail by attending a campaign event in the swing state of Florida, where she touted the administration’s economic policies and achievements.

Ivanka visited central Florida, at the headquarters of the Asian Pacific Americans for Trump group on Wednesday prior to a fireside chat with her father’s supporters in Orlando. Wearing a mask throughout her visit, she thanked the members who were present for their support. The fireside chat was held at a private club, hosted by Trump campaign official and former White House director for Strategic Communications Mercedes Schlapp.

When pressed what her father’s achievements have been so far in his presidency, Ivanka cited the transferring of the US Embassy to Jerusalem, tax cuts, deregulation, and paid family leave. Ivanka avoided talking about the chaotic presidential debate between Trump and Joe Biden and did not make mention of the Democratic challenger as well. Ms. Trump pressed on talking about the economic policies that were implemented and carried out, saying that businesses were doing very well pre-COVID.

Ivanka also cited the Small Business Administration’s Paycheck Protection Program that was part of the CARES act as a big help for small businesses. “In 14 days, two weeks, the SBA issued more loans than in the 14 years prior,” said Ms. Trump. “So it’s extraordinary. And bring it back down to the state level, that in Florida alone protected 3.2 million jobs of people employed by close to half a million small businesses here in the state.”

Coincidentally, her post came in hours after her name was included in the New York Times report about her father’s tax returns. While many praised the series of photos, others took to the comments section to point out her involvement in the scandal.