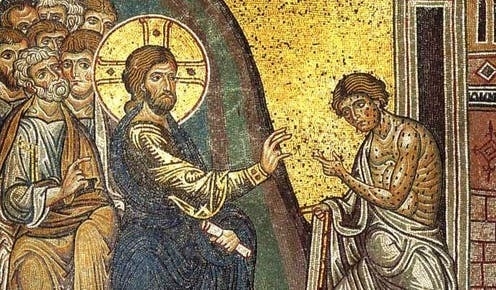 The harmful belief that Christianity 'replaced' Judaism is partly rooted in the erroneous view that Jesus told his followers that rules regarding ritual purity were outdated. (Wikimedia) 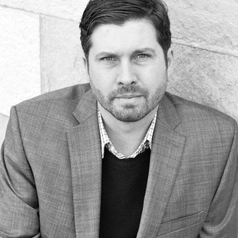 This year, Easter and Passover, holidays central to Christianity and Judaism, respectively, begin on the same weekend.

This timing provides an ideal opportunity to address faulty and often dangerous misconceptions that have been part of Christian communities for nearly 2,000 years.

Many Christians of varying denominations regard their faith as having developed from Jesus’s rejection of Judaism. But Jesus was a faithful Jew who respected and protected Jewish traditions, practices and laws.

The belief that Christianity replaced or supplanted Judaism is known as Christian supersessionism.

Christian supersessionism has not only fed into negative perceptions of Jews and Judaism since antiquity, but has also incited violence against Jews.

As Amy-Jill Levine, a leading professor of New Testament and Jewish studies, writes, “every time the Passion narratives are read, the threat of anti-Judaism reappears.”

From as early as the second century to today, some Christian readers of the New Testament Gospels have concluded that these depict Jesus doing away with Jewish law or replacing Judaism. This interpretation often includes the view that Jesus told his audiences that rules regarding ritual purity were irrelevant and outdated. But these views are simply incorrect.

Ancient Jewish law focused on three sources of ritual impurity: corpses; male and female genital discharges; and skin conditions known in Hebrew as tzaraʿat, translated into Greek as lepra. English translations of the Bible mistakenly identified this with leprosy, a disease that would have been unknown to the ancient Israelites.

Anyone in a state of impurity was not permitted to visit the temple until a certain period of time had passed and they had washed in a ritual bath.

The Gospels depict how Jesus interacts with many people who were experiencing ritual impurity. At the end of every one of those episodes, the people he meets are no longer in a state of ritual impurity. Their encounter with Jesus results in both their healing and purification. 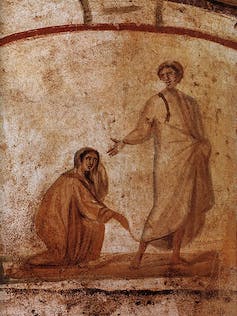 Jesus asks, ‘Who touched my clothes?’ when he’s touched by a bleeding woman. (Wikimedia Commons)

For example, in Gospel stories describing the life of Jesus, people with lepra are purified when Jesus heals them.

In the Gospel of Mark, a woman who had been “suffering from hemorrhages for 12 years” — another condition causing impurity — leaves Jesus with her defiling discharge healed.

And even corpses, which are inherently impure under Jewish law, are no longer corpses after Jesus brings them back to to life.

Since many modern Christian readers are unfamiliar with ancient Judaism’s ritual impurity system, they often fail to recognize that Jesus repeatedly removes the sources of ritual impurity from people he encounters. These sources of impurity seem to be connected with death or the loss of life.

My scholarship has examined how Jesus roots out ritual impurity throughout his ministry. These encounters with people who are ritually impure do not depict him rejecting the ritual impurity system, but battling the root sources of impurity (forces of death) and defeating them.

These events demonstrate Jesus caring so much about ritual impurity that he took actions to resolve it wherever he encountered it, because it was a barrier to accessing the temple, where God’s presence dwelt.

These skirmishes with impurity culminate with Jesus’s own death on a Roman cross. At the very point when it looks like death has defeated Jesus and he has become irrevocably ritually impure, the Gospels depict Jesus’s resurrection and triumph over death itself. Jesus’s resurrection becomes a central aspect of Christian theology.

Impurity and destruction of the temple 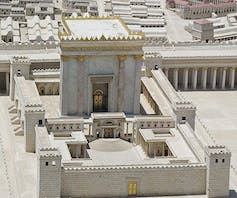 After Jerusalem’s Second Temple (shown here in a model) was destroyed, some Jesus followers’ concerns with impurity receded when no one could visit the Temple. ( Ariely/Wikimedia Commons), CC BY

The notion that Jesus rejected Judaism and Jewish observances developed in the decades after the crucifixion.

After the destruction of Jerusalem’s Second Temple under Roman occupation in 70, some followers of Jesus felt there was no longer a reason to be concerned with impurity because no one could visit the temple.

Many Christians today, especially those in the West, live with little or no concern for ritual impurity, and thus conclude that Jesus too must not have cared about it. But this is an inaccurate understanding of Jesus.

In fact, many early Christians, some of whom were Jews and others of whom were non-Jews, continued to observe aspects of ritual purity, only abandoning it partially and over time.

One of the most dangerous New Testament passages occurs in the Gospel of Matthew’s Passion narrative, which depicts Jews at Jesus’s trial demanding his crucifixion and declaring, “May his blood be on us and our children.” Many Christians through the ages have understood these verses to pronounce an eternal blood curse upon Jews as “the Christ killers.” This imagery and wrongful accusation has been used to fuel dangerous myths that have served to bolster violence against Jews.

Matthew’s Gospel was written by a Jewish believer in Jesus and for other Jewish believers in Jesus. So regardless of its polemical nature, it is unlikely that Matthew would have intended or approved the use of these verses as both a curse and a pretext for violence against all Jews throughout time.

Levine discusses and evaluates contemporary Christian strategies for avoiding anti-Judaism during Christian Holy Week. One strategy she flags as misguided and insensitive is taking a romantic approach to the past — such as if churches seek to celebrate a “Christian seder.” 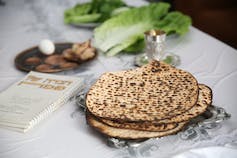 Unleavened bread at the Passover seder represents bread the Israelites took as they fled slavery in Egypt. (Shutterstock)

Passover and Easter both commemorate liberation — one in terms of escaping the bondage of slavery, the other in the form of resurrection from the dead and freedom from sin. Some earlier biblical scholars believed that what the Gospels describe as Jesus’s Last Supper was in fact his celebration of the Passover seder, but most scholars now disagree.

Levine notes while there are “educational benefits to introducing Christians to Jewish ritual,” a Christian seder is “historically compromised,” demonstrates interfaith insensitivity and “serves to absolve the congregation: how could they be anti-Jewish if they are doing something so Jewish as having a Passover seder?”

Levine writes that “Jews and Christians today can recover and even celebrate our common past,” while working together to “love G-d and our neighbour.” For Christians, this begins with admitting the problem and directly confronting it.