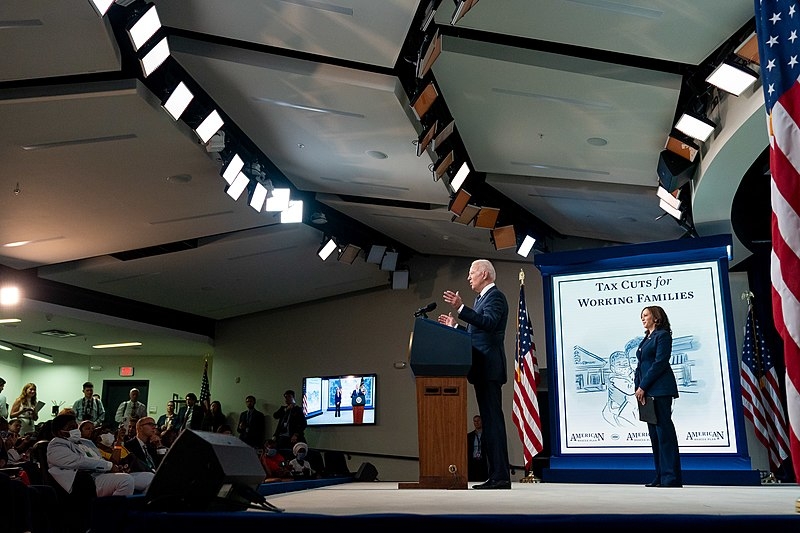 After months of attempted obstruction by Texas state Democratic lawmakers, the Republican-led legislature including Republican Governor Greg Abbott had a restrictive voting rights law. US President Joe Biden and Vice President Kamala Harris spoke out against the new legislation put in place in the Republican-controlled state.

Biden and Harris took to Twitter to speak out against the proposal that was signed into law by Abbott on Tuesday. Biden urged Congress to pass the voting rights bills immediately in order to overrule the state law. Harris, who is tasked to lead the administration’s response to voting rights, criticized the bill as it would disproportionately affect the state’s citizens, especially citizens of color.

“We’re facing an all-out assault on our democracy. We need to pass the For the People Act and the John Lewis Voting Rights Advancement Act to protect the sacred right to vote. I urge Congress to send them to my desk immediately,” tweeted Biden.

“The new voting law in Texas signed by Gov. Abbott is one of the most restrictive in the nation. The bill limits the options that enabled a historic number of Texans, especially citizens of color, to vote safely in our last election,” tweeted Harris.

The voting rights law, also known as SB1, was passed on August 31 with amendments during the second special session of the state legislature. The law would forbid local officials from taking alternative measures to increase voter access and implements a stricter mail-in voting process.

Meanwhile, the Biden administration removed 18 people appointed by his disgraced predecessor Donald Trump to the US military academy boards. Those 18 people were appointed by Trump in his final months as president. White House Presidential Personnel Office director Cathy Russell sent letters to the 18 appointees, telling them to either resign by the end of the day or face termination.

White House press secretary Jen Psaki confirmed that former Trump administration officials were asked to either resign or face termination. “I will let others evaluate whether they think Kellyanne Conway and Sean Spicer and others were qualified, or not political, to serve on those boards,” said Psaki. “But the president’s qualification requirements are not your party registration. They are whether you’re qualified to serve and whether you are aligned with the values of his administration.”