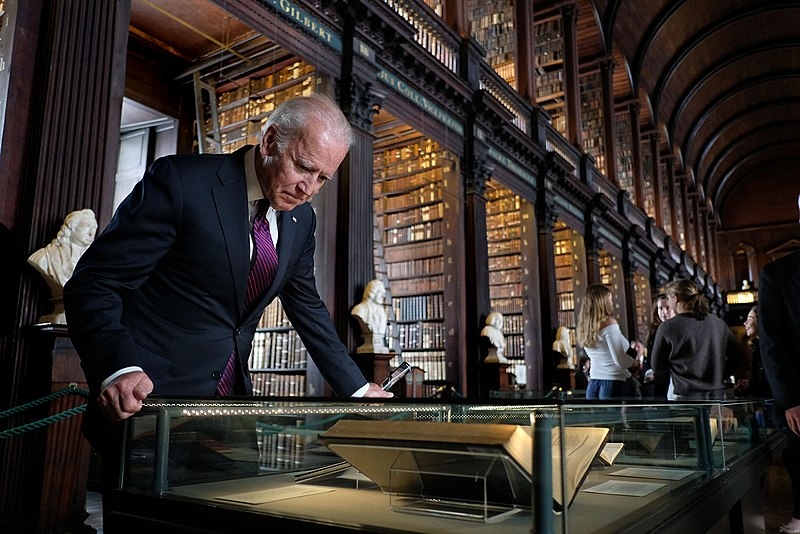 There is less than a week left for Americans to cast their votes for the upcoming elections in November. Many celebrities are starting to go public with who they are supporting, among them being actor Brad Pitt, who has endorsed the Democratic presidential candidate Joe Biden.

A 55-second Biden campaign advertisement aired during the World Series games featured the actor narrating and expressing his support for the former vice president. With footage of Biden greeting, hugging, and laughing with people from all walks of life, Pitt narrates that the United States is a place for everyone regardless of political affiliations.

“America is a place for everyone -- those who chose this country, those who fought for it -- some Republicans, some Democrats, and most, just somewhere in between, all looking for the same thing: Someone who understands their hopes, their dreams, their pain, to listen, to bring people together. To get up every day and work to make life better for families like yours. To look you in the eye, treat you with respect, and tell you the truth,” Pitt is heard as saying in the video.

Pitt is among the growing number of celebrities who are publicly announcing who they are voting for or at least planning to vote for in the upcoming elections. Even though the actor does not often express his political views, has made some political statements, with one example being in his acceptance speech in this year’s Academy Awards.

Another celebrity who has chosen to support Biden is actress Jennifer Aniston. The FRIENDS star shared on social media a series of photos of her dropping off her mail-in ballot and sharing why she is voting for Biden and his running mate Senator Kamala Harris. Aniston also discouraged her followers from voting for rapper Kanye West, who belatedly announced his presidential campaign, even as a joke. The actress also urged her fans to be responsible for who they vote for.

Like Pitt, Aniston does not actively speak up about her political associations, but she has donated to former President Barack Obama’s presidential campaign back in 2008 and in Hillary Clinton’s campaign in 2016.