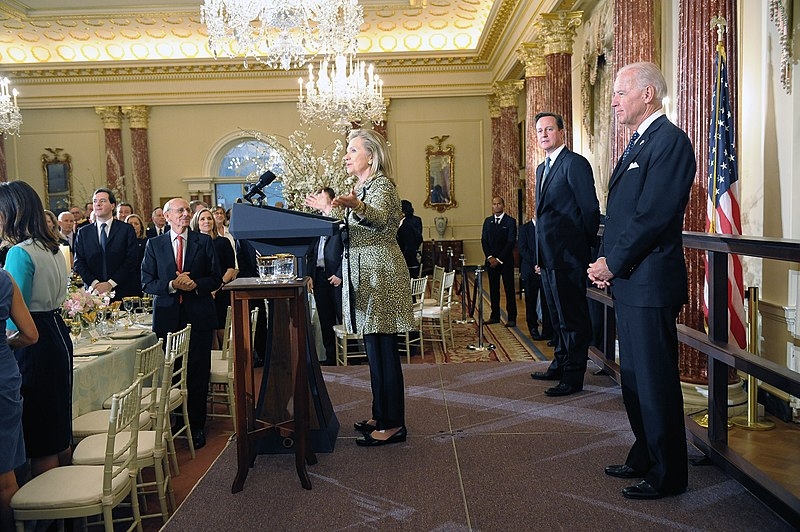 Former vice president Joe Biden is set to participate in the last presidential debate with Donald Trump just less than two weeks away from the November elections. The Democratic candidate has since received a slew of endorsements, including one from a group of former secretaries of commerce.

A group made up of six former secretaries of Commerce have penned a letter announcing its endorsement of Biden. The bipartisan group is made up of Republican Carlos Gutierrez and Democrats Gary Locke, Penny Pritzker, Bill Daley, Mickey Kantor, and Norm Mineta, all of whom served in the George W. Bush, Bill Clinton, and Barack Obama administrations. This is an especially rare endorsement as the Secretary of Commerce is usually the least politicized position in the presidential Cabinet.

In their letter, they revealed that their decision to endorse the former vice president came from the alarming economic recession that the country has faced because of the pandemic. Even though the letter does not mention Trump by name, he is clearly implied in their criticism.

“We believe that a Biden presidency will mark the return to the certainty and security that our economy needs to thrive,” they wrote. “The world around us will remain chaotic, but we will once again restore stability at home to show entrepreneurs, investors, business leaders, and workers that the steady hand of US leadership is once again at the helm.”

The group also wrote that they believe Biden will work across the aisle alongside people of different political ideologies in order to show unity and get rid of divisions.

Meanwhile, the Biden campaign has announced that the Democratic candidate is anticipating more of Trump’s attacks on his family during the upcoming presidential debate. Deputy campaign manager Kate Bedingfield said during a pre-debate conference call that Trump’s constant attacks on Biden’s family only emphasizes the fact that he has no case to make for a possible second term in office.

Bedingfield added that the attacks are also backfiring on Trump, especially as the recent allegations made towards Hunter Biden have yet to be independently verified. This also comes after a Republican-led probe on the Bidens found no wrongdoing. Intelligence analysts have also commented that the supposed revelations of Hunter Biden’s emails have all the signs of Russian election interference or a repeat of what happened during the 2016 elections.