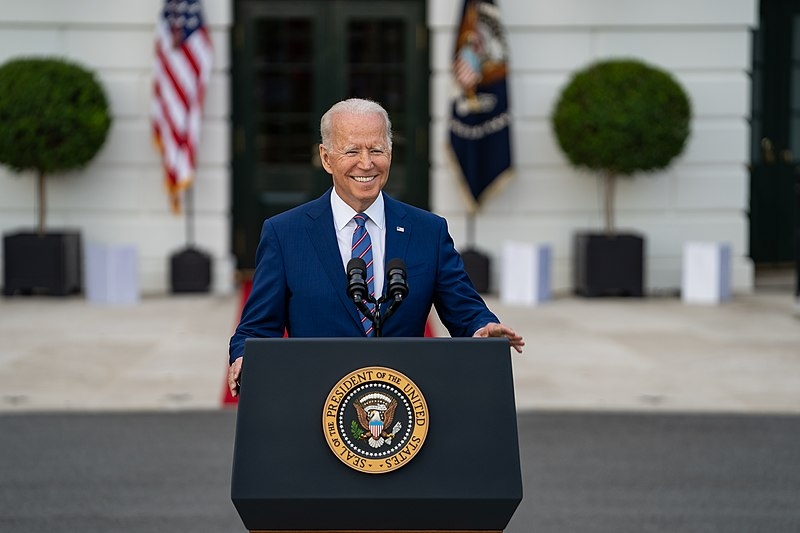 US President Joe Biden’s domestic agenda remains hanging on the balance as internal rifts within the Democratic Party along with Republican opposition threaten to sink two major pieces of legislation. In the midst of his agenda at stake, Biden made a surprise appearance at this week’s Congressional baseball game.

Biden made a surprise visit to the Congressional baseball game, with lawmakers of both parties split into two teams for the event. Biden received a very mixed response upon appearing at the stadium, being greeted by cheers and chants of “Build Back Better” from the Democratic side of the stadium while Republicans on the other side jeered at the appearance of the Democratic US leader. Biden huddled with House Speaker Nancy Pelosi at the Democratic dugout before stopping by the Republican dugout to greet lawmakers of the opposing party.

The game ended with Republicans winning 13-12. While Biden left before the end of the game, Pelosi was seen speaking to someone on the phone all throughout the sporting event.

The US leader’s visit also comes as his administration fights for his domestic agenda to pass through Congress. Biden was also criticized for visiting the Congressional game even as he faces one crisis after another. Former UN Ambassador Nikki Haley blasted Biden for attending the game but not addressing the Afghanistan withdrawal again along with the situation at the southern border.

The surprise visit to the Congressional game also comes as Congress looks to prevent the government from going into default following the Senate GOP-blocked legislation to keep the government open.

Previously, the White House said Tuesday that Biden opposed changing the filibuster in order to suspend or raise the debt limit. This was confirmed by White House Press Secretary Jen Psaki, saying that Biden’s stance on the filibuster has not changed as Democrats looked for means to pass the legislation without the support of Republicans, who have initially voted for the government to default.

This also follows a warning from Treasury Secretary Janet Yellen, who said that the agency would run out of money by October 18. Senate Minority Leader Mitch McConnell said that the Democrats, who hold the majority in the Senate, should raise the debt limit alone, only for the GOP to block the legislation by filibuster rules.