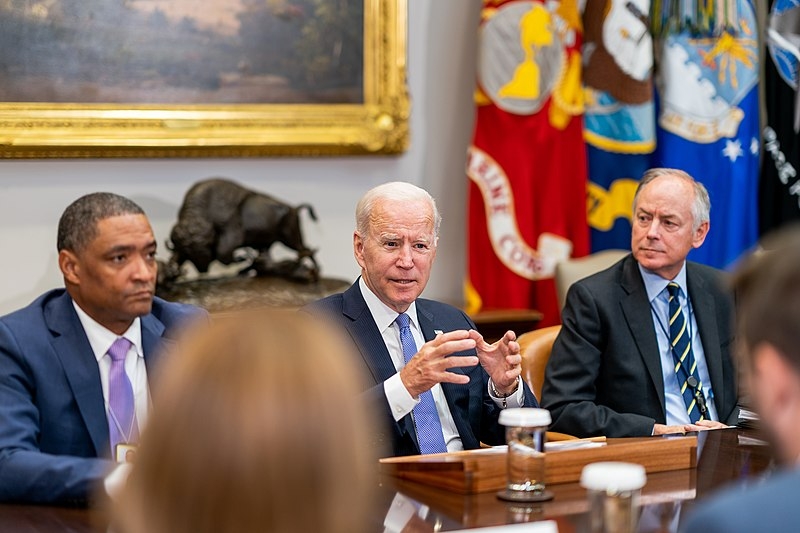 As the US still struggles to contain the spread of COVID-19 and its Delta variant, US President Joe Biden and his administration are looking to further boost vaccinations. This week, Biden met with business leaders to discuss vaccine mandates.

Biden hosted a group of business leaders at the White House this week to talk about vaccine mandates, according to Deadline. Even though there were no representatives from Fox present, Biden commended the company for implementing its own vaccination guidelines, including disclosing vaccination status or be subject to weekly testing.

“The vaccine requirements work, and more companies are instituting them,” said Biden during the meeting. “Even Fox News is requiring it. I am not being facetious when I say that, but it’s interesting that they’ve stepped forward and done that as well.”

The US leader said that it may take some time for the Labor Department through its Occupational Safety and Health Administration, to implement regulations that would mandate businesses with 100 or more employees to make sure that their workplace is vaccinated or go through regular testing for COVID.

Disney has previously announced a vaccine requirement in July for salaried and non-union US employees. They have later reached an agreement with union employees.

Meanwhile, Biden has predictably drawn the ire of several Republican state governors who have banned mask and vaccination mandates in their states. Biden stood his ground Thursday, defending the mandates while delivering another rebuke to the GOP governors, saying that they are putting lives at risk by undermining the protocols.

“We’re facing a lot of pushback, especially from some of the Republican governors. The governors of Florida and Texas are doing everything they can to undermine the life-saving requirements that I’ve proposed,” said Biden, who called out Florida Gov. Ron DeSantis and Texas Gov. Greg Abbott. Both states have high infection rates.