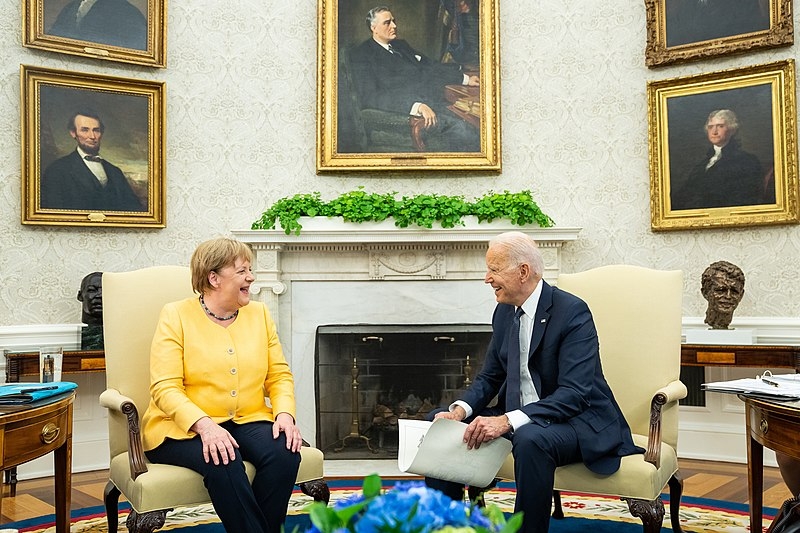 US President Joe Biden has sought to restore relations with US allies and partners that were put under strain during his predecessor Donald Trump’s presidency. This week, Biden met with King Abdullah II of Jordan at the White House.

Biden hosted King Abdullah at the White House this week, making him the first of three leaders of the Middle East that Biden is set to be meeting with. The king’s visit comes at a time when tensions between Israel and Palestine remain high following the recent strikes and violence in the region. Jordan is a longtime US ally.

Following the meeting, Biden had praise for the Jordan monarch and called him a “good, loyal, decent friend.” To note, the relationship between King Abdullah and Biden goes back decades before both became their country’s leaders before the king assumed power and when Biden was still a senator from Delaware. During their White House talks, Biden also said he wanted to hear about the developments in the Middle East from the king.

“You’ve always been there, and we will always be there for Jordan,” said Biden during their photo session. “You live in a tough neighborhood,” he said to the monarch. The king also assured Biden that Jordan can always be relied on by the US.

In their conversations, Biden also expressed support for the two-state solution to the Israel-Palestine conflict, as well as Jordan’s engagement with the Israeli government. Following the king’s visit, Iraqi Prime Minister Mustafa al-Kadhemi is set to visit Biden on July 26, and Israeli officials are working on scheduling a meeting between Biden and the new Israeli Prime Minister Naftali Bennett.

In other news, Biden will be joining his predecessors in the Disney attraction Hall of Presidents next month, according to the company. The attraction was shut down when Biden was sworn into office in January as Disney was working on updating the experience along with the new administration. The current president’s animatronic form will be delivering a speech about the presidency during the 25-minute show.

Disney said that Biden will deliver a presidential oath of office recorded at the White House as part of the attraction.