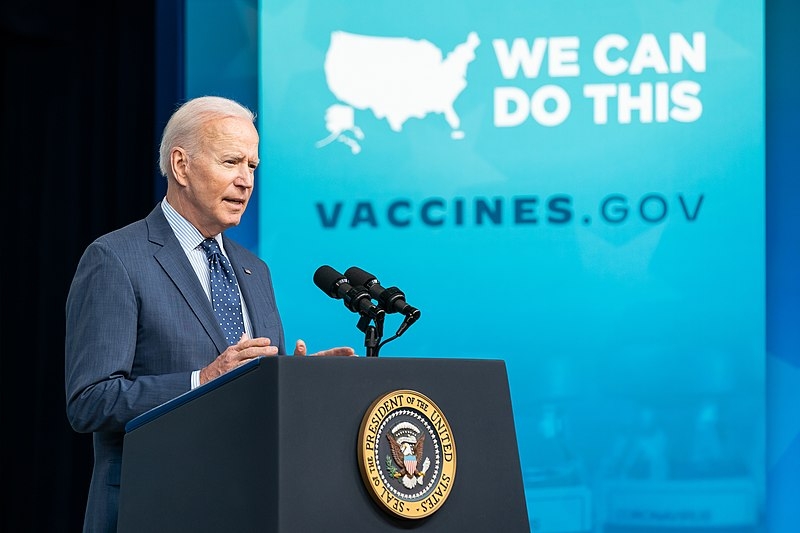 With the rising cases among Americans who have not been vaccinated, Joe Biden and his administration have been ramping up efforts in ensuring more people get their shots. Biden this week weighed in on making vaccinations mandatory for certain federal government workers.

Biden announced a vaccine mandate for certain federal government workers is under consideration Monday, marking the first time the administration has made a stance towards getting vaccinated a requirement. This also comes as the country faces a rising surge of cases, especially when it comes to the Delta variant of the coronavirus. Speaking from the Oval Office at the White House, Biden said that physicians from the Department of Veterans Affairs would now be required to get vaccinated for COVID-19.

According to the agency, the list of health workers that will be required to get vaccinated also includes dentists, podiatrists, optometrists, physician assistants, and registered nurses. They have eight weeks to get vaccinated.

“Veterans Affairs is going to, in fact, require that all doctors working in facilities are going to have to be vaccinated,” said Biden during his meeting with Iraqi Prime Minister Mustafa al-Kadhimi.

The Biden administration has been reluctant so far in requiring vaccinations but has faced pressure to take a more aggressive approach in order to curb transmission of the coronavirus in communities. There have also been discussions among Biden’s team regarding new mask guidelines, and Biden has also been pressured to endorse vaccine mandates in workplaces or public settings.

To note, the White House has maintained that decisions to require vaccinations would be at the prerogative of states or private businesses.

Meanwhile, Biden will be meeting with Democratic Arizona Senator Kyrsten Sinema at the White House Tuesday as the administration looks to further the bipartisan infrastructure proposal. Biden is looking to use his meeting with Sinema to make sure the bipartisan talks remain on track. Sinema is the lead negotiator on behalf of the Democrats in the group tackling the bipartisan proposal.