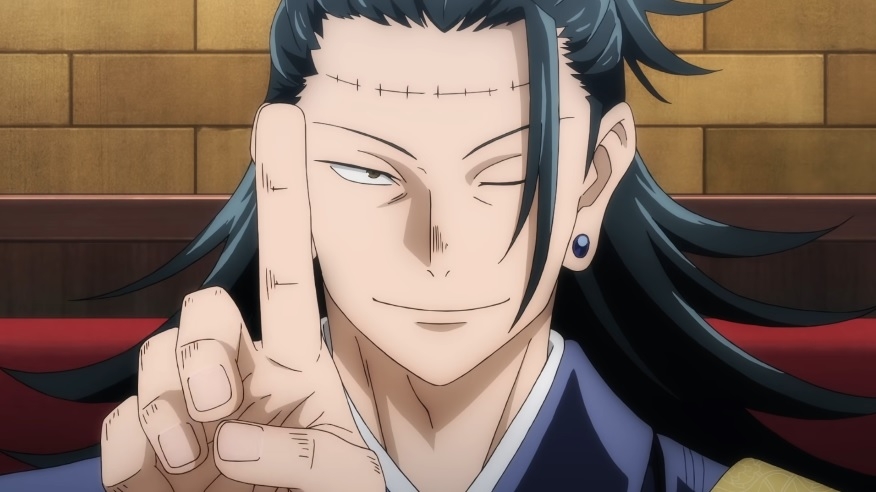 The first chapter of “Jujutsu Kaisen” to be released in 2021 is filled with shocking information that might convince some fans to revisit previous installments. All this could be triggered by the revelation of Geto’s true identity. Meanwhile, spoilers also suggest that Yuji will not be in imminent danger.

Geto’s identity is one of the mind-bending plot devices in Gege Akutami’s manga series. But the “Jujutsu Kaisen” chapter 134 leaks indicate it will offer quite a revelation that not many fans have expected.

Reports about the leaked pages of “Jujutsu Kaisen” chapter 134 say that Geto’s real identity is the infamous sorcerer Noritoshi Kamo. It is understandable if fans cannot immediately recall the name since he was rarely mentioned in the earlier chapters. Manga readers should also not confuse him with the Noritoshi Kamo attending the curse college in Kyoto, although they come from the same clan.

The older Noritoshi’s face was also not fully revealed in the earlier chapter where he was mentioned. But that will change in “Jujutsu Kaisen” chapter 134 as one of the leaked pages shows his and Geto’s faces are drawn next to each other allowing readers to see striking similarities.

The timing of Geto’s major identity reveal is also interesting. It can be recalled that chapter 133 ended with Geto inviting Yuji in a discussion of “the world to come.” It was not clear whether it was meant to taunt Yuji or to make him realize he will not be accepted in the jujutsu world after what Sukuna did. It is yet to be seen whether Geto’s idea of the future has something to do with the revelation that his body hosts an evil sorcerer from 150 years ago.

‘Jujutsu Kaisen’ chapter 134 release date, where to read for free

Manga fans will have to wait until next year (which is a few days from now) to get more context about the Geto revelation. Weekly Shonen Jump is currently on a break, but it will return with a new issue a few days after the New Year. That will include “Jujutsu Kaisen” chapter 134 on Sunday, Jan. 3, and it will be available through free digital release on Viz Media and Manga Plus websites.