Paramount is merging Showtime and Paramount Plus, to offer service under new name

Our economic future depends on young reformers, not ineffective revolutionaries

Coca-Cola to use new tethered caps in EU markets 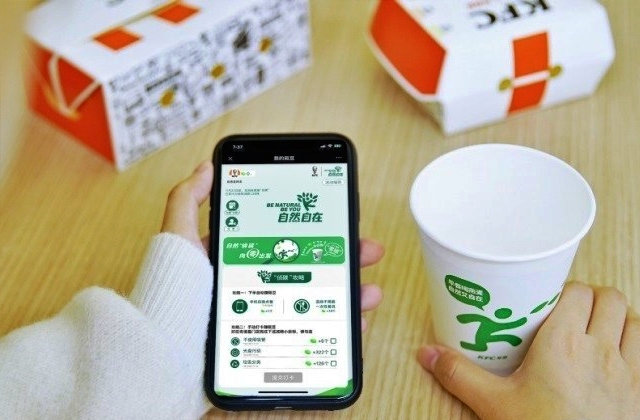 KFC China unveiled its green marketing campaigns with the aim of increasing the consumer's awareness about environmental issues and help in making them become more eco-friendly by shifting to sustainable lifestyles.

According to QSRWeb, KFC China launched the green rewards program to promote carbon reduction and encourage people to change behaviors so they too can contribute to making the world "green" again. The fast-food chain is hoping that through the rewards program, the incentives could make people get used to behaviors that will benefit Mother Earth and future generations.

Some of the things that KFC China will do to raise awareness among its customers is to give out rewards for mobile ordering, for choosing to pick up their orders in the stores, or cutting out the use of disposable cutlery. These actions will help reduce food waste as well as waste sorting.

Part of KFC China's rewards program under its green marketing campaign is asking customers to record their contributions for carbon reduction through its Super App. Keeping a record of what they did will earn them "green points" that customers can exchange for coupons.

"Leveraging our strong online and offline connections with consumers, we hope to increase environmental awareness among the public by encouraging and rewarding more eco-friendly choices, "Yum China chief executive officer, Joey Wat, said in a press release. "In the future, we will explore more innovative ways to motivate consumers and other stakeholders to join us on our journey to drive meaningful change and contribute to a more sustainable planet."

The KFC China green rewards program was launched across the country and 7.900 stores have it now. It can be accessed by over 320 million KFC members today. It was shared that over 28 million members participated in the campaign last month, and the fast-food chain counted 63 million Super App users. This was said to have helped reduce carbon by 145 tons.

Finally, the green rewards program and introduction of sustainable menu choices are KFC's parent company, Yum China's, latest steps in an effort to promote care for the climate and environmental protection.