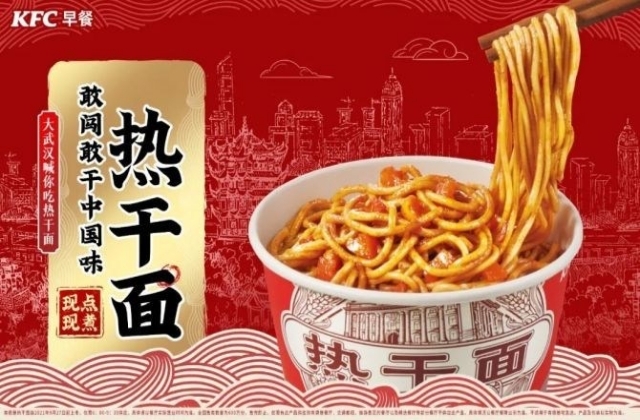 KFC China's parent company, Yum China Holdings, Inc., announced on Jan. 18 that it had added traditional dishes to its menu lineup to cater to the taste of the local customers. It was said that the restaurant company tapped into some regional Chinese cuisines to create new food items for the Chinese unit of the Kentucky Fried Chicken restaurant.

Moreover, Yum China would like to provide the varied needs of its Chinese customers, so last year, KFC China introduced 12 regionally-inspired food items for the first time. Since then, the restaurant chain has continued to innovate and has added new products that were designed to suit the palate of the locals.

So far, KFC China has launched congee, rice rolls, pancakes, and bean curd pudding as part of its Chinese breakfast options. The strategy seems successful as the customers visit the stores for the localized foods that they are familiar with.

"China prides itself on having rich and diverse food scenes. Almost every city has its own food specialties, particularly when it comes to breakfast," Yum China's chief executive officer, Joey Wat, said in a press release. "Launching regional menu items is part of our strategy to relentlessly pursue food innovation, which helps us respond to fast-changing consumer demands and keep up with the latest trends."

In any case, to provide the authentic local taste at KFC China has chosen to team up with reputable Chinese brands when creating regional menu items. The company also used only high quality ingredients that are mainly sourced locally.

All the selected food items have been officially added to KFC China's product portfolio and they are being sold in both online and in the stores. The other menu that made it to the restaurant are yanpi wonton, hot dry noodles, and the hulatang, a kind of traditional Chinese soup that is also called hot pepper or spicy soup.