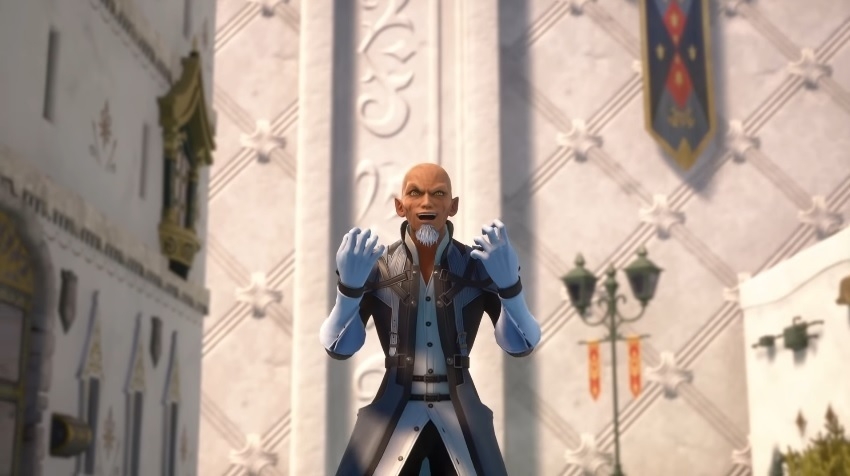 The famous video game collaboration of Square Enix and Disney has gotten its newest title as “Kingdom Hearts Dark Road” launched this week on Android and iOS. However, players should not expect their favorite Disney characters in this title as it focuses on the backstory of Master Xehanort -- a villain original to the franchise.

How to download ‘Kingdom Hearts Dark Road’ on Android and iOS

The easiest way to described the “Kingdom Hearts” series is that it is the merging of Disney worlds and Square Enix’s “Final Fantasy” games. The key characters in the franchise, however, are mostly original characters for the series including Master Xehanort. He has been known as the main villain of the Dark Seeker Saga of the main series video games, but “Kingdom Hearts Dark Road” should flesh out his story even further by uncovering his past and what made him the antagonist that he is in the games’ present timeline.

“Kingdom Hearts Dark Road” is one of the anticipated “Kingdom Hearts” releases this year as fans start to wait for “KH4,” and it serves as a follow-up to the “Kingdom Hearts: Union χ” that originally launched in 2013. Players should now be able to update the game with the “Dark Road” installment by updating the “Union χ” through the Play Store and App Store. Meanwhile, new players will only have to download the game at once. Just note that its official name on both platforms is now “Kingdom Hearts Uχ Dark Road.” It is free to install but has microtransaction for its in-game currency called Jewels, among other in-game purchases.

What to expect from ‘Kingdom Hearts Dark Road’

Much like heroes, every villain has an origin story. And it is something that the main video game series has yet to fully explore. Square Enix aims to resolve that with the release of “Kingdom Hearts Dark Road.” The official game description says, “In this new story, you will uncover his secrets as you step into the role of Xehanort to follow his life as a young aspiring Keyblade wielder in the distant land of Scala ad Caelum.”

The “Kingdom Hearts Dark Road” gameplay is a mix of role-playing and card-based mechanics. The new content will deliver a deck of 30 cards that players will need in battles. As the players progress, they will slowly uncover more information about Xehanort’s past.