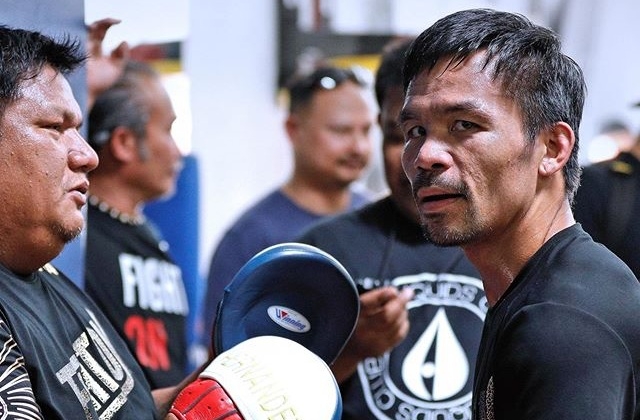 Manny Pacquiao has been getting a lot of offers for a fight in the ring. Apparently, he is the most mentioned name when professional boxers are asked who they would like to take on next.

Manny Pacquiao’s team previously stated that they would like Pacman to have one more fight before this year ends but it seems that this will not happen due to the COVID-19 pandemic. But while he may not be in the ring this year, MP Promotions have mentioned that it will take place next year instead.

Last weekend, it was reported that Manny Pacquiao already confirmed that he is fighting MMA superstar Conor McGregor next year. Based on the reports, Pacman’s aide, Jayke Joson, revealed in a statement that the fight is pushing through.

“For the sake of all the Filipino Covid-19 victims, Senator Manny Pacquiao will be fighting UFC superstar Conor McGregor next year,” Joson said in a statement as tweeted by ESPN Ringside. “The huge portion of his earnings will proceed to those who are affected nationwide by the pandemic.”

But then again, a few days after, MP Promotions revealed that the Manny Pacquiao - Conor McGregor fight is not yet fully confirmed as they are still negotiating. Sean Gibbons, the president of MP Promotions, said during the Philippine Sportswriters Association (PSA) Forum on Sept. 29 that he doesn’t know anything about the said fight.

Gibbons added that if a fight like this can happen, it will definitely be an enormous global event. He said that it would be great for all parties if “something like that can work out."

Mikey Garcia claimed he is fighting MP next year

At any rate, while the talks about Manny Pacquiao and Conor McGregor’s fight is on-going, Boxing News 24 reported that Mikey Garcia is claiming that he is actually Pacman’s ring opponent in 2021.

Garcia said that he is 100 percent certain that he and Pacquiao will face each other in the ring and it will not be McGregor as reported. Now, there is no final decision as to who Manny Pacquiao is fighting next but if it is indeed Garcia instead of the MMA champ, Boxing News 24 stated that this will likely be on pay-per-view.