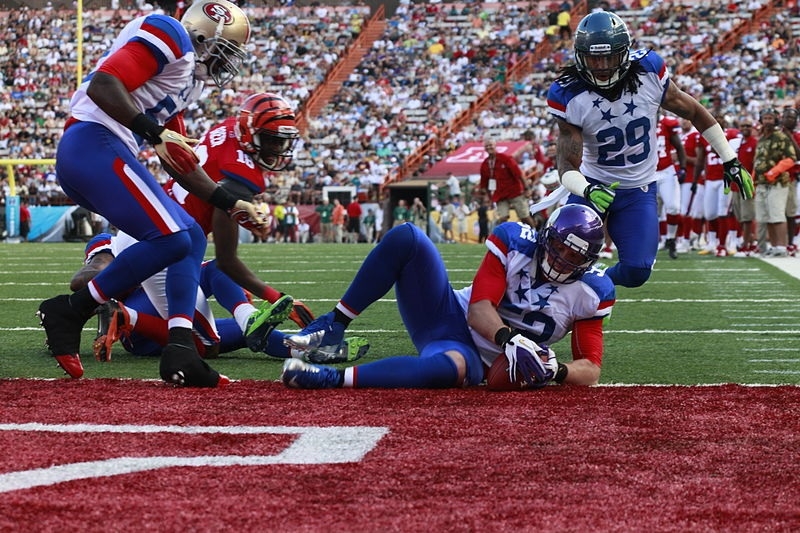 The Dallas Cowboys were reportedly not eager to make an offer to the now free agent Earl Thomas III. However, team owner Jerry Jones rebuked the source of the report while also not making any promise about signing the seven-time Pro Bowl player.

NFL rumors: Is Earl Thomas headed to the Dallas Cowboys?

NFL insider Ian Rapoport reported Monday that the Cowboys “made some inquiries” concerning Thomas, but the team is unlikely to pursue the safety after his controversial and sudden exit from the Baltimore Ravens. The scoop was immediately contested by no less than the Dallas Cowboys owner.

One note on FA Pro Bowl safety Earl Thomas: While the #Cowboys made some inquiries, they are not expected to be among the teams vying for Thomas’ services, sources say. So the Dallas/Thomas love affair ends here. ????

In an interview with 105.3 The FAN, Jones maintained that Rapoport “has no idea what he's talking about.” But it does not seem to necessarily mean the club has immediate plans to sign Thomas.

In addressing the Cowboys’ plans regarding Thomas (if there is any), he said, “One of the biggest things that you weigh … is you evaluate where we are at safety, where we are in the secondary, where we are with our numbers." Jones added that he and anyone in his team have not met with Thomas personally, suggesting no formal offer has been made yet. The NFL team owner then said it would be their “next step” only “if we're at a point where we can sit there and activate this thing."

Gotta love Jerry Jones… who said the same thing — “He has no idea” — when I reported midway through the season that Dak was going to get franchise tagged ????????‍♂️. Anyway, Dallas has had some talks about Earl Thomas, has not made an offer, and there is no expectation they will. https://t.co/IJZ4H2bXtB

The latter statement makes it seem like the Cowboys are not urgently pursuing a deal with Thomas. But fans on Twitter are now joking that Jones might end up signing Thomas just because Rapoport responded to Jones by recalling the team owner also denied his previous report about Dak Prescott getting franchise tagged, which later turned out to be accurate.

All these talks about Thomas potentially signing with the Cowboys started shortly after his sudden exit from the Ravens. The Maryland franchise announced the release of Thomas in a 17-word statement.

We have terminated S Earl Thomas’ contract for personal conduct that has adversely affected the Baltimore Ravens.

While it did not specify the reason Thomas got the cut, reports have it that the smoking gun was an altercation with Ravens safety Chuck Clark during practice on Friday. It purportedly started after Thomas blew a cover that resulted in a touchdown, which then frustrated Clark. A verbal confrontation ensued that reportedly ended with Thomas punching Clark.