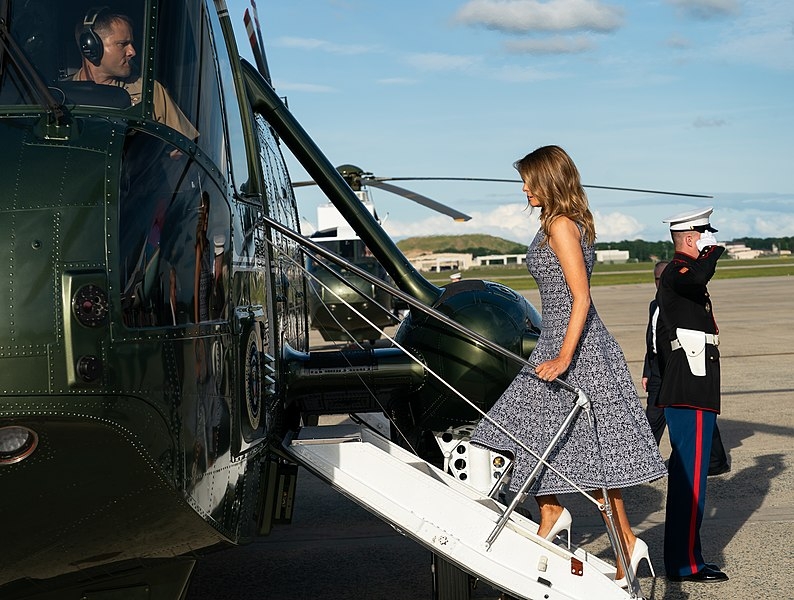 The protests following the murder of African-American George Floyd at the hands of police officers has sparked chaos over the weekend. As First Lady Melania Trump attempted to give her thoughts on the chaos on social media, it was met with backlash from users.

Express reports that Melania went on Twitter to somewhat give a comment on the chaos that occurred and still occurs during the protests over the weekend. “Our country allows for peaceful protests, but there is no reason for violence,” tweeted the First Lady. “I’ve seen our citizens unify & take care of one another through COVID19 & we can’t stop now. My deepest condolences to the family of George Floyd. As a nation, let’s focus on peace, prayers & healing.”

Floyd’s death sparked protests calling for the end to police brutality, especially as the majority believe that Floyd was treated that way for his skin color.

Following Melania’s tweet, it brought on enormous backlash from many. One user pointed out the infamous ‘I really don’t care, do u?’ jacket that Melania wore when she visited the children that were detained at the border, and thus the First Lady had no right to comment. Another user also pointed out that her husband Donald Trump was not one for peaceful protests and along with this comment shared a photo of NFL player Colin Kaepernick, who knelt down during the National Anthem, a move that Donald Trump criticized.

Another user also brought up the vitriolic remarks made by Trump during his campaigns in their response to the First Lady.

But that was not the only cause of backlash aimed at Melania. The First Lady also faced criticism for being seen only wearing a face mask in private yet went to public events without one. This is despite Melania’s constant reminders for Americans to wear face masks in public when social distancing cannot be met. The First Lady also previously stressed that Americans comply with the guidelines from the CDC so as to slow down or prevent the spread of the coronavirus.

As of today, there are over 100,000 deaths from the pandemic in the United States.

One Twitter user said that the First Lady may be too “vain” not to show her face, or her husband has ordered her to remove the face mask to which she quietly submitted without speaking up.