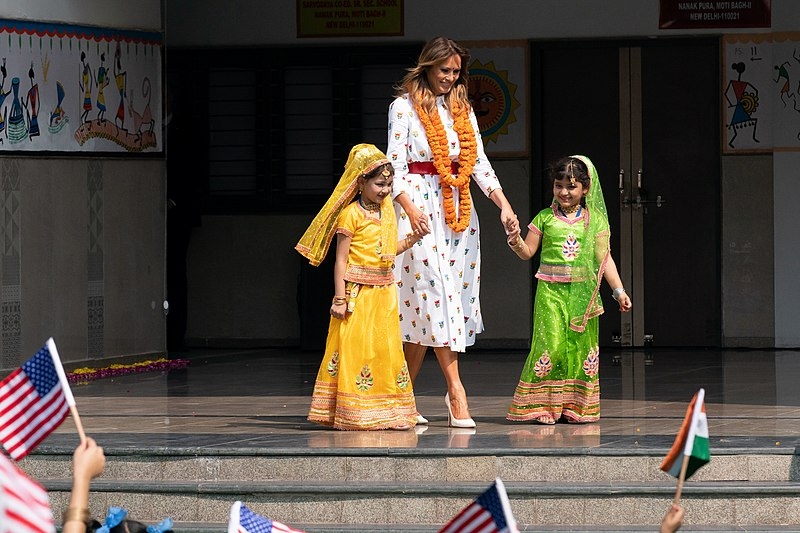 Over the past several weeks and months during the coronavirus lockdown in the United States, First Lady Melania Trump has taken a more serious approach in getting Americans to comply with CDC guidelines to slow the spread. A new report reveals that Mrs. Trump supposedly already warned her husband Donald Trump to take the pandemic seriously.

Donald Trump has often been criticized for downplaying the severity of the pandemic even during the breakout among many mishaps that occurred during his almost daily briefings at the time. The recent report reveals that the country’s coronavirus response could have been a lot better had he listened to the First Lady from the beginning. Melania reportedly warned him as far back as their trip to India to take the pandemic seriously, but to no avail as he “blew her off.”

Once the President ignored her warnings, she later told people around them that he would only hear what he wants to hear and that he prefers to be surrounded by “yes-people” and his family. As seen by many, the President’s allies have often echoed his claims and advice that has been frequently refuted by the public health experts from his White House coronavirus task force. The public health experts have also warned Trump regarding the severity of the pandemic early on, also to no avail. Trump has since been pushing false statements and treatments like the taking of hydroxychloroquine. Today, the number of cases has already exceeded the 100,000 mark.

Meanwhile, a few hours after the data showed that the deaths from the coronavirus in the United States reached 100,000, former vice president Joe Biden sent out his condolences to the families of those who fell victim. Biden shared a clip of his video message on Twitter. “There are moments in our history so grim, so heart-rendering, that they’re forever fixed in each of our hearts as shared grief. Today is one of those moments. 100,000 lives have now been lost to this virus. To those hurting, I’m sorry for your loss. The nation grieves with you,” wrote Biden in his tweet with the video.

Biden’s tweet follows his call for the use of federal government funds for coronavirus testing nationwide.