Melania Trump shock: FLOTUS reaches out to Carrie Symonds as PM Boris Johnson is being treated for coronavirus 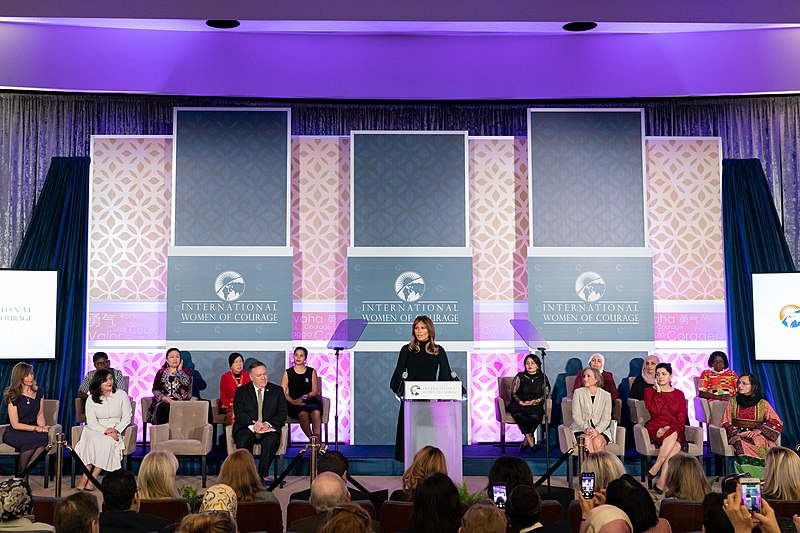 First Lady Melania Trump has quietly been reaching out to many throughout the coronavirus crisis that is plaguing the world. In one of her efforts to reach out, she recently spoke to Carrie Symonds, the fiance of the United Kingdom Prime Minister Boris Johnson.

The Independent reports that the White House released a statement of the call, with the First Lady reaching out to Symonds and sending her well-wishes to Johnson, who is currently recovering from the coronavirus. Johnson spent seven days in a London hospital to be treated for COVID-19 after testing positive and has since spent his recovery with Symonds in their country home.

Several weeks prior, Symonds noted that she was suffering from the main symptoms of the virus but her condition was not as serious as Johnson’s, who spent three days in intensive care. Symonds expressed gratitude towards those who also sent their well-wishes. “There were times last week that were very dark indeed. My heart goes out to all those in similar situations, worried sick about their loved ones. Thank you also to everyone who sent such kind messages of support. Today I’m feeling incredibly lucky,” said Symonds.

Previously, Melania also reached out to Elke Brudenbender, the wife of German President Frank-Walter Steinmeier, and the two discussed their countries’ efforts in fighting the coronavirus. They also expressed their shared concern of the disinformation that is rampant in the midst of this crisis. Melania told Brudenbender that the US will stand with Germany throughout this time. The First Lady has also previously reached out to the First Ladies of Canada and Japan to send her well-wishes on behalf of their respective countries.

Melania has since stressed the importance of staying home and wearing protective face coverings or face masks when in public places.