‘Food Wars’ season 5 episode 13: Will Soma and Erina become a couple in an original ending? 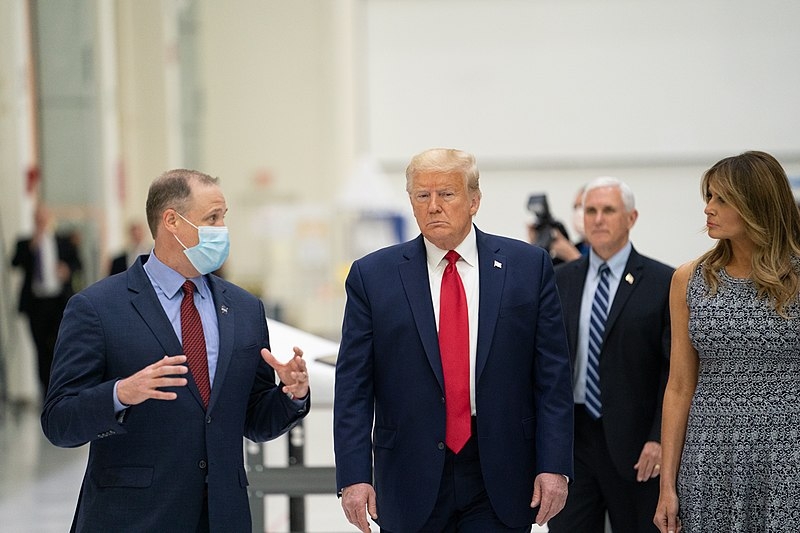 First lady Melania Trump and her husband Donald Trump are not really known to be an affectionate couple at least in public. The new book about the first lady, The Art of Her Deal: The Untold Story of Melania Trump, provides another look into their marriage.

In the book, author Mary Jordan describes the first couple’s marriage as “unusual,” yet the dynamic works for them. Although Donald Trump, being the president of the United States, would undoubtedly be very busy and would end up spending less time with his family, the book details that the situation remains the same at home, Donald and Melania spending less time compared to any other presidential couple. Jordan wrote that even if they are in the same place, they are “nowhere near each other.”

According to the author, Melania would be at her part of the house that has a spa. The first lady also reportedly rarely goes to the West Wing, nor does she golf and prefers to be on her own. “She is a loner. He is a loner. They are perfectly happy to be separated,” wrote Jordan.

But even though they are almost always apart, the first couple show their closeness in other ways, according to Jordan. Melania is the first person Donald calls after he makes a speech at an event or a rally as she is one of the very few people he trusts. “He loves himself, he loves his job, he’s got his own life and he spends a lot of time apart from her. And she’s absolutely fine with that.”

Aside from their marriage, the book also reveals how Mrs. Trump is a major influence in the White House, especially when it came to choosing a running mate back when her husband was still a presidential candidate in 2016. Former communications director Sean Spicer revealed that although Melania is not the type to bluntly say that someone should be fired, she instead gives her opinion about a person to Donald, which he usually agrees with.

It was also because of Melania’s influence that vice president Mike Pence, then a governor of Indiana, was chosen to become Donald Trump’s running mate.