Melania Trump accused of being a copycat; FLOTUS is allegedly copying Michelle Obama’s styles and moves 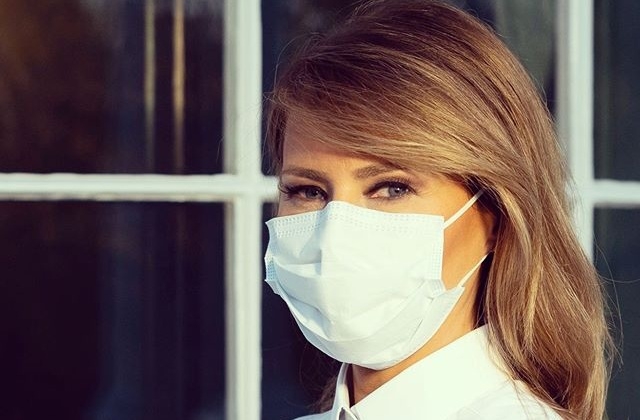 Melania Trump and the former First Lady Michelle Obama are being compared and pitted against each other once again. The latter’s supporters are said to have ignited a new tension between the two after they accused the current FLOTUS of being a copycat.

Melania is a fake who only “copies”

They claimed that Melania Trump always copies what Michelle Obama did when she was still the First Lady. in an alleged newly-recovered account, it was said that the fans stated that the former model-turned FLOTUS will never outshine Obama, ever.

Express reported the tensions between Malania and Obama has been going on since Donald Trump won in the 2016 presidential election. He took over the position from Barack Obama, and since then, the Obamas have been one of Trump’s heavy critic.

Michelle also attacks the current POTUS on social media, especially over the issues regarding climate change and bullying. The tension that has continued to build also extended to the fans of the Obamas and they started hurling accusations to the FLOTUS.

As per the fans’ account, one instance when Melania Trump copied Michelle Obama was when the former hosted a state dinner. They said that when Australian Prime Minister Scott Morrison and his wife visited the White House, the FLOTUS tweeted beforehand that she carefully prepared the details for the dinner.

However, her critics who are obviously pro-Michelle quickly pointed out that everything she prepared was just copied from the previous First Lady. They said that this was the same theme that Michelle used for her dinner set up when German Chancellor Angela Merkel visited in 2011.

The fans mentioned that the types of flowers and their colors were the same as what Michelle installed at the White House's Rose Garden where Melania also set up the state dinner that she hosted. In defense of the FLOTUS, the White House said that they chose yellow for the flowers to reflect Australia’s national flower which is the golden wattle.

What they were saying

Express further wrote that some Twitter user aired their frustration over Melania’s copying. “Why must you always copy the Obamas?" one commenter said while another one added: “Can’t you come up with anything original?

Finally, Michelle Obama’s fans also mentioned another incident to prove their point that Melania Trump is a copycat. They said that the present FLOTUS’ speechwriter already admitted that she plagiarised Obama’s speech that was unfortunately delivered by Melania during the first day of the Republican National Convention in 2016.