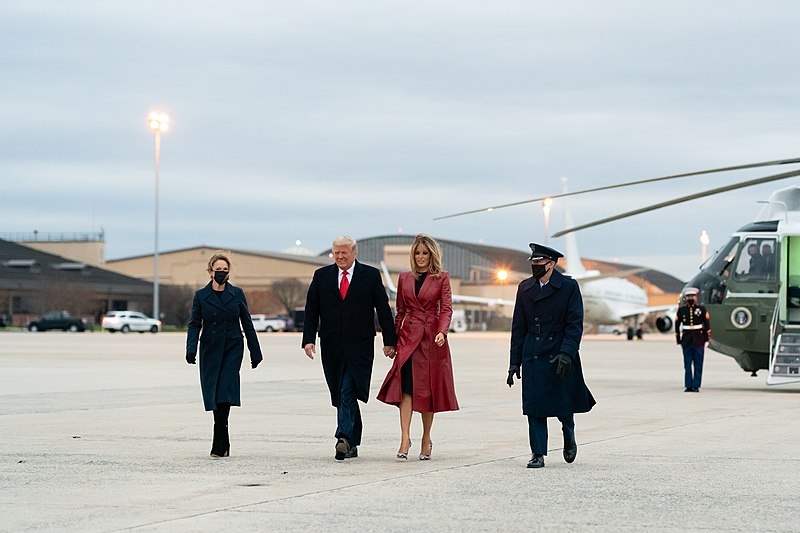 The marriage of former first lady Melania Trump to former President Donald Trump is rife with divorce rumors as of late. According to two relationship experts, their interactions have always indicated that the couple has been living separately despite being together.

Two relationship experts claimed to the Daily Star that both the former first lady and the former president may have been living their own lives, with Melania seeing her role as Trump’s “wife” having reached its end as she begins to pursue other things. Relationship and life coach Pascale Lane said that the distant demeanors of both the former president and the former first lady are indicators that divorce may be on the horizon. Lane noted the long-running speculations of whether Melania married Trump for money or for love as well as the moments that the now-former first lady was photographed with a less-than-happy expression.

“My guess would be that divorcing a man like Donald Trump would leave Melania without the opulent lifestyle she is accustomed to. Let’s not forget that she married this man in 2005, their history goes considerably further back than his presidency,” said Lane. “There could well be an opportunity now for her to say she has ‘done her bit’ but I suspect Melania is one lady who does her own thing in her own way, regardless of the status of her husband. I would presume they led separate lives for many years now.”

Relationship expert Emma Davey also echoed Lane’s belief of the pair living separate lives. Davey cited Trump’s behavior and decisions as reasons why Melania may want to leave him in the future. Davey added that being in a relationship with someone who exhibits narcissistic traits can take its toll on a person’s mental health.

The couple has largely stayed out of the public eye since leaving the White House last January. Trump was seen a few times playing golf especially after his acquittal from the Senate following the impeachment trials that occurred on the days prior. On Valentine’s Day, the pair were photographed for the first time since their departure. The former first lady posing for photographs with a supporter that was at the Mar-a-Lago resort, where they reside full time.