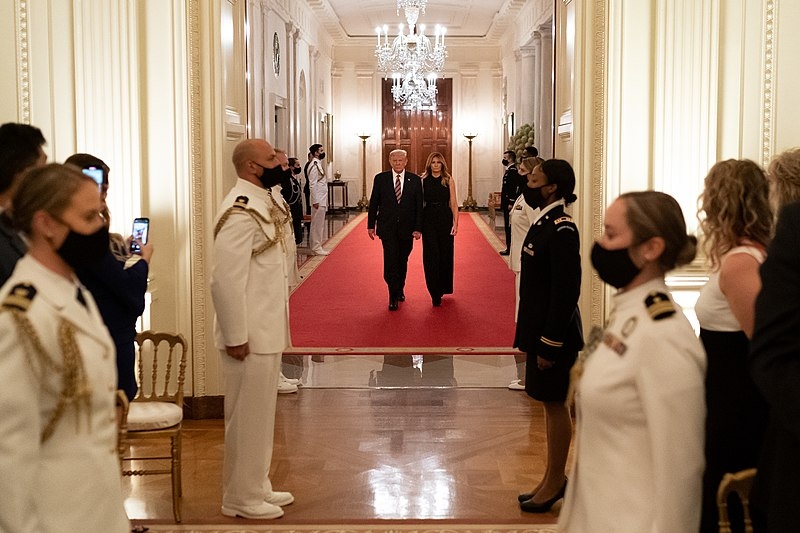 Over the past few months, revelations about first lady Melania Trump by her former friend and advisor Stephanie Winston Wolkoff has shed some light on what Mrs. Trump is like behind the scenes. Recently, the Department of Justice filed a complaint against Wolkoff about her tell-all book.

A lawsuit by the Justice Department filed on Tuesday at a Washington DC court was made against Wolkoff, citing a breach in a confidentiality agreement from the revelations in her tell-all book about Melania. The lawsuit claims that Wolkoff violated the nondisclosure agreement and requests that the profits made from the book be placed in a government trust. The lawsuit also reveals that neither Melania, her chief of staff nor the White House counsel’s office received a draft of the book that was published. The lawsuit also cites that Wolkoff did not ask for authorization to reveal the details of her work for Mrs. Trump.

Wolkoff has since commented on the lawsuit made against her, saying that she will not be swayed. “The President and First Lady’s use of the US Department of Justice to silence me is a violation of my First Amendment rights and a blatant use of the government to pursue their own interests and goals,” said Wolkoff. “I fulfilled all the terms of the Gratuitous Service Agreement and the confidentiality provisions ended when the White House terminated the agreement.”

Melania and the staff at the East Wing of the White House have continuously claimed that Wolkoff breached a confidentiality agreement. This was especially after it was revealed that Wolkoff recorded her private conversations with Melania. One of the recordings was released to the media, revealing the first lady’s rants about the criticism she got about children and families separated at the border.

Meanwhile, the White House released a statement from Melania about her personal experience with COVID-19, after contracting the virus a few weeks ago alongside her husband Donald Trump. Mrs. Trump shared that she immediately thought about her son Barron Trump, who has fortunately tested negative following her diagnosis. Even as dealing with mild symptoms, the first lady revealed that she chose to take her vitamins and eat healthy instead as a way to recover.

Melania also thanked the staff who took care of her and revealed that she has also tested negative following treatment.