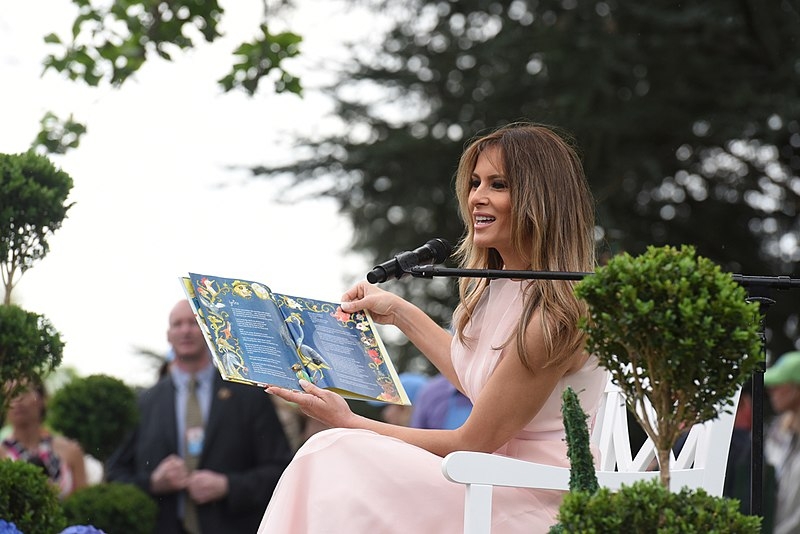 While former first lady Melania Trump has mostly been away from the public eye, she has also looked to auction off some items of hers in an effort to make money. A new report reveals that Mrs. Trump is now being investigated over her upcoming Florida fundraiser.

A report by the New York Times revealed that the former first lady is being scrutinized for selling tickets to an upcoming event in Florida, with a portion of the proceeds going to a charity that does not seem to exist. Mrs. Trump has a “high tea” event scheduled in April, and the event’s organizers say that some of the profits of the event would go to a “Be Best” initiative, “Fostering the Future.” The initiative aims to provide computer science scholarships to young people under foster care.

Despite details such as how large the portion of the sales would go to the initiative, the report goes on to say that there are questions raised about the charity in itself. The newspaper cited the Florida law requiring any organization raising charitable contributions to register. An official in the state also told the newspaper that they are looking into the matter.

According to the report, “officials at the Florida agency that oversees charitable fund-raising said they also could not find evidence of the required state registration and had opened an inquiry as a result.”

The former first lady has since pushed back following the report, saying that the piece was “dishonest reporting” while claiming that everything was done in accordance with the state law with “documents in the works.”

Meanwhile, CNN reports that at the time when the news broke that former President Donald Trump had an affair with adult film star Stormy Daniels, Trump used a Secret Service agent’s phone to call Mrs. Trump. This was due to the fact that Trump did not like anyone listening in to his calls, especially in the White House, he would use the phones of aides or Secret Service agents.

Trump was playing golf when the reports emerged, and while Mrs. Trump did not initially answer the call, she answered the call that came from the agent’s phone. However, according to CNN, the agent whose phone Trump used was not happy about the incident.