Michael Schumacher: Shocking new claims about the F1 champ; Doctors allegedly revealed he is in a vegetative state and unable to respond 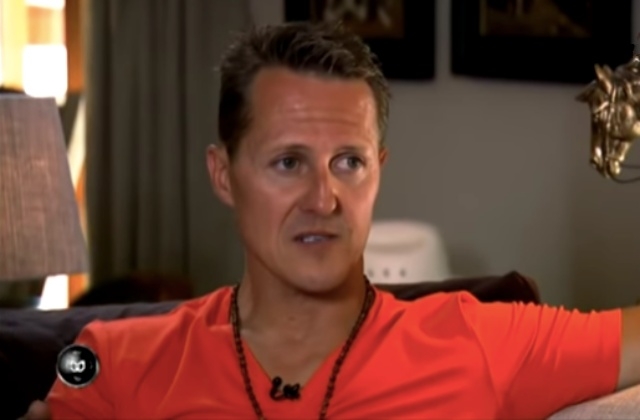 Fans are still looking forward to the time when they will see Michael Schumacher again, even if not in the tracks anymore. This is because the Formula One champ has been absent in the racing scene since 2014.

Michal Schumacher may have formally retired in 2012 but he could still appear in events as a senior and world-renowned F1 racer. He was able to do this for a year since his retirement but in 2014, he is completely out of the picture and this was because he was gravely injured just two days before 2014 arrives.

Schumi’s life was put in danger when on Dec. 29, 2013, he suffered from head injuries after hitting his head on a rock while skiing at the Alps with his family. The accident pushed doctors to put him in a medically induced coma because that is the only way he would survive.

He was fighting for his life and as The Guardian mentioned, he would have died instantly if he was not wearing a helmet when he was skiing. He bumped his head so hard that his protective headgear broke but it saved him big time.

A few months after, it was reported that Michael Schumacher headed home as his family opted to continue his treatments in their mansion in Switzerland. This was to protect the racer’s privacy as well because many people have attempted to leak hospital records or photos of Schumi while in his hospital bed.

A few months since his accident, his family refused to divulge information about Michael Schumacher’s recovery progress, and this secrecy still continues up to this day. This means the Schumachers have not shared anything about Michael in nearly six years.

While his family still refused to talk about Michael Schumacher’s health condition, his friends or doctors allegedly share some updates from time to time. In fact, the latest update about the legendary racer is shocking. Doctors revealed the bitter truth that Schumi is in a vegetative state right now.

A leading neurosurgeon claimed that Michael Schumacher was left with severe brain injuries and his recovery has been slow. In a documentary that aired in France’s TMC TV channel, Dr. Erich Riederer said he thinks Schumacher is in a vegetative state and what’s even more shocking is his claims that he will never fully recover anymore.

“I think he’s in a vegetative state, which means he’s awake but not responding,” Yahoo Sports quoted Dr. Riederer as saying in the TMC documentary. “He is breathing, his heart is beating, he can probably sit up and take baby steps with help, but no more.

He added, “I think that’s the maximum for him. Is there any chance of seeing him like he was before his accident? I really don’t think so.”

A director of the Centre for Neurology at the Asklepios clinic in Germany named Prof. Mark Obermann also agrees that this is the case for Schumi. He also said that Michael Schumacher will never be as healthy again as he was before his accident and there’s very little chance he will return to normal life.