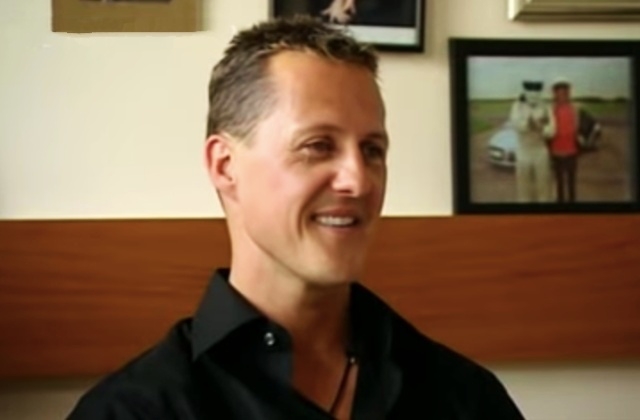 Michael Schumacher has always been known as the best Formula 1 driver of all time, however, a legendary commentator Murray Walker says that for him, it is Lewis Hamilton. He is already 97 years old and had watched hundreds of races so he is familiar with all the F1 drivers.

Hamilton who is just a few steps closer to matching Michael Schumacher’s all-time record. Now, before this happens, it appears that someone already sees the 35-year-old driver as the best.

Why Walker picks Hamilton over Schumacher

Walker revealed that Lewis Hamilton, the current world champion, is the best for him simply because he never used dirty tricks to win in his games. He said that Hamilton is not just better than Michael Schumacher but Ayrton Senna as well.

Walker stressed that the younger F1 racer always plays fair on the track and he has not seen this in other racers during his long career as an F1 commentator. He was active at the height of Senna and Schumi’s reign in the sport. Now, he says that because of his “clean” games, Hamilton is bound to become the greatest driver of all time.

“Well, people say to me, ‘Who is the greatest?’, and I always say, ‘Look, I think it’s impossible to say because the drivers and the circuits and the cars were different,’” The Sun quoted Walker as saying during the “In the Fast Lane,” an Australian Grand Prix podcast.

"I used to say Manel Fangio but I think I'm going to have to say very shortly Lewis Hamilton because if you look at it in terms of statistics, he's already got more poles than Schumacher.”

He added, "He's also in my opinion -- and this is very contentious indeed -- better than either Schumacher or Senna because both Schumacher and Senna adopted at various times in their career highly debatable driving tactics.”

Murray Walker went on to cite an example when Michael Schumacher deliberately stopped at Monaco to prevent Fernando Alonso from getting pole position. Another instance was when Schumi collided with Jacques Villeneuve in 1997 during the Jerez. The veteran commentator said that Hamilton never did something like this in his career.

Meanwhile, Michael Schumacher is still unable to make a public appearance. Since his freak accident at the Alps in December 2013, he has not fully recovered from his injuries yet. At this time, he is believed to be getting rehabilitation and treatments. Express reported that his family stated the racing champ is still fighting.