Donald Trump 2024: Nikki Haley will not run if ex-POTUS decides to run for office again 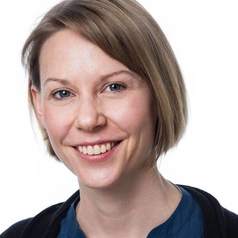 In recent years, international donors have poured large amounts of aid into development and peacebuilding programs in Myanmar. But when military forces seized power in a coup earlier this month, the international aid community was left grappling with how to respond.

The UK has announced it will review its aid programs to Myanmar, while New Zealand has committed to ensuring its aid does not benefit the military.

The US has indicated it will redirect development assistance away from the military state and toward civil society.

Other embassies in Myanmar, including Australia’s, have condemned the actions of the military and called on security forces to refrain from violence, but haven’t specified yet how they will adjust their aid programs.

And international NGOs working in Myanmar have voiced their commitment to supporting local and national civil society partners.

Yet, it will take time for donors and international agencies to find new ways forward and disentangle their programs completely from the Myanmar government and the complex administrative structures that were developed over the past decade.

The situation illustrates the need for more flexible and politically sensitive approaches to aid programming in countries like Myanmar that are transitioning to democracy and are prone to setbacks like this.

How aid has evolved in Myanmar

When Myanmar was last ruled by the military in the 1990s and early 2000s, Western donors mainly provided humanitarian aid by bypassing the state.

For some, this meant supporting community-based organisations like the Back Pack Health Worker Team and non-state systems like the Karen Department of Health and Welfare. Such organisations historically worked across borders (“cross-border aid”) and in partnership with ethnic armed organisations, fighting for self-determination in the country’s disputed borderlands.

But when Myanmar began its democratic reforms in 2011, donors engaged more with the state and increasingly channelled aid directly through government agencies or through international agencies based inside the country.

Over the past decade, international aid to Myanmar has fostered an increasingly vibrant civil society. It supported large-scale development programs in sectors like health, education and livelihoods.

A number of donor-funded initiatives also supported both state systems as well as community-based organisations and non-state actors in border areas. This developed valuable collaborations between individuals and groups that were historically divided by conflict.

But the shifting aid economy was not all positive.

Community-based organisations and non-state actors serving ethnic minority communities often felt sidelined from key decisions affecting their activities. Many faced funding cuts or were forced to access donor support through more bureaucratic funding streams inside Myanmar, instead of through partner agencies in places like Thailand, as they did in the past.

And peacebuilding initiatives were criticised for being co-opted by the military and bolstering efforts by the central, Bamar-dominated state to consolidate control over ethnic groups in border regions.

Rolling back of last decade’s achievements?

The coup not only draws increased attention to these issues, but also throws into question much of the development and peacebuilding work that has taken place in recent years.

With the military now in control and key ministerial leaders replaced or having resigned, work to develop government systems and capacities has ground to a halt. Development workers fear the past decade’s achievements will be rolled back.

The ability of international NGOs and UN agencies to continue their operations is also now in question, with staff safety and access to local communities jeopardised.

Myanmar’s junta historically restricted international access to people in ethnic minority regions along the borders. The new regime — if it remains in power — could create a similarly difficult environment for aid workers.

And community-based organisations face other difficulties. A civil disobedience movement is intensifying across the country among civilians opposed to the coup, leading many people employed by the government and in other industries to boycott work.

As such, many banks are closed and organisations cannot access funds for the day-to-day running of their programs.

Leaders of community-based health organisations working in border areas also tell me that much of their funding is now funnelled through centralised administrative systems, which are frozen and would not be able to operate under the military regime.

People need these health services more than ever, due to the shutdown of official health systems, the potential for increased violence in border areas and the ongoing COVID-19 crisis.

As a result, the leaders of these health organisations are asking donors to support community programs and once again fund cross-border aid. Yet, they don’t know how donors will be able to adapt to the current situation or what this will mean for them.

The need for flexible and politically sensitive aid programs

After the coup in Myanmar, much criticism has been directed toward international actors for their faith in the country’s shaky political transition. But what is really needed is a constructive dialogue about how foreign governments and aid organisations should approach development and peace-building in countries like Myanmar.

A new approach is needed that recognises countries do not always transition from conflict to peace, or from military rule to democracy, in a linear fashion. Rather, they can be unstable and subject to major setbacks.

This means supporting vulnerable people in such countries requires a two-pronged approach that combines both flexible and shorter-term “humanitarian” aid and longer-term, more state-focused “development” assistance.

International donors and agencies must also build greater flexibility and concrete contingency plans into their programs from the outset when working in “transitional” countries.

In Myanmar, international donors shouldn’t pull out of the country entirely. Instead, they must listen to and work with community and civil society actors to devise programs that can be adapted to an evolving and unstable situation.

This should include support for community-level groups that were developed in response to decades of military rule and have the experience and structures in place to continue helping people in the current climate.