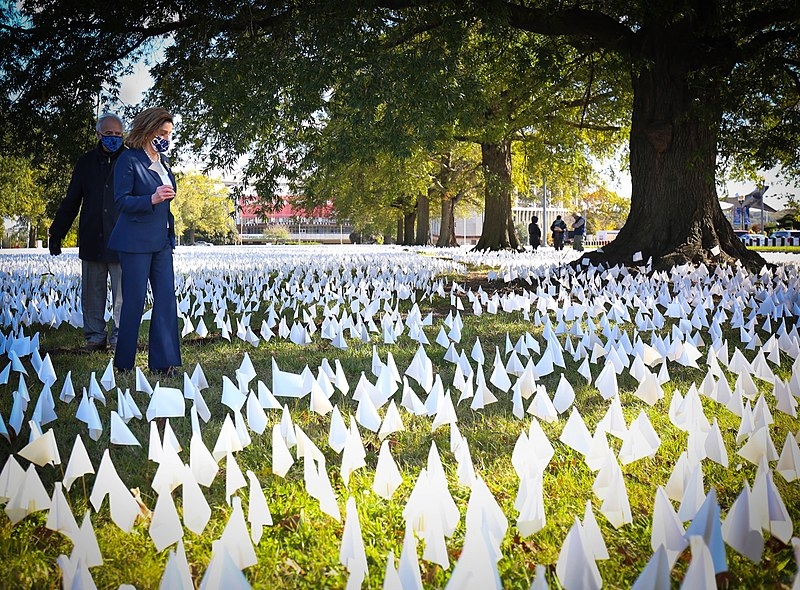 Facing pressure from the Biden administration and from the public, members of Congress and the Senate are being urged to pass the COVID-19 relief aid. As the death toll of the pandemic in the US has topped 500,000, House Speaker Nancy Pelosi held a moment of silence at the House floor in remembrance of those who perished from the coronavirus.

Pelosi announced to have a moment of silence on the House floor Monday in honor of the 500,000 Americans who died from COVID-19 despite the ramped-up efforts of vaccine distribution. This comes as the House is expected to take up President Joe Biden’s $1.9 trillion COVID-19 relief package. The numbers also come a little over a year since the first reported cases of COVID-19 were found in the US.

“The chair asks all members in the chamber as well as members and staff throughout the Capitol to rise for a moment of silence in remembrance of more than 500,000 Americans who have passed away from the COVID-19 virus,” said Pelosi.

Even as the numbers have already reached 500,000, there has been a sharp decline in deaths as of late. The rate of transmission has also been falling especially as more and more people are getting vaccinated. Biden, first lady Dr. Jill Biden, Vice President Kamala Harris, and second gentleman Doug Emhoff also held a memorial service at the White House to commemorate the deaths from COVID, the second memorial service Biden has held to mark the deaths.

Pelosi previously announced her plans to establish a 9/11-type commission to look into the Capitol riots last January 6. Pelosi was previously reported to be at odds with House Republicans regarding the membership of the said commission as the House Speaker’s initial recommendation was to have seven Democrats and four Republicans make up the independent group.

However, leaders of the 9/11 commission themselves, Republican Tom Kean and Democrat Lee Hamilton both warned Pelosi against the move. The 9/11 commission was praised as being one of the best instances of bipartisan oversight in modern history. Kean and Hamilton stressed that Republican voters will not accept the findings of the commission if it was mostly Democrat-driven.