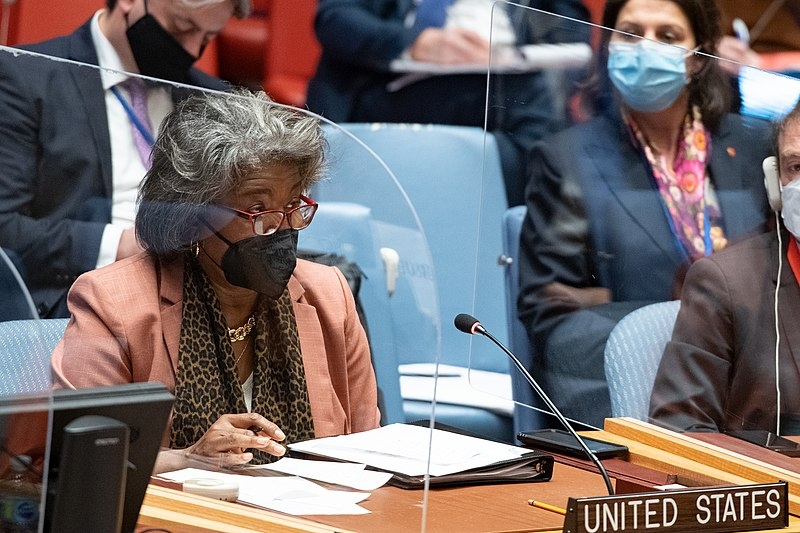 North Korea has continued the bolstering of its military arsenal and moved forward with its weapons tests despite breaching UN resolutions. The US has requested an emergency meeting with the UN Security Council following Pyongyang’s 15th missile test this year.

Diplomats said that Washington is requesting a UN Security Council meeting that would take place this week to discuss North Korea’s military activities, according to Al Jazeera. This comes as the US is pushing for stronger sanctions against Pyongyang. To note, Washington chairs the UN Security Council for the month of May and has considered calling for a meeting since last week.

The UNSC meeting comes amidst North Korea’s ongoing efforts to test its weapons, which has often drawn condemnation from its neighboring countries, South Korea and Japan. The latest missile test took place Saturday when North Korea fired a ballistic missile from a submarine. The launch took place ahead of South Korean President Yoon Suk-yeol’s inauguration.

“It is a challenge, it is a threat to international peace and security that the UN Security Council and its members have recognized in the past,” US State Department spokesperson Ned Price told reporters last week.

“So we’re not going to get ahead of any steps that the UN might take or the UN Security Council might take, but we do think accountability is important,” said Price.

The US ambassador to the UN Linda Thomas-Greenfield, said Washington would like to vote this month on action toward North Korea. However, the call to do so would likely fail as Russia and China hold veto power in the council.

Japanese Prime Minister Fumio Kishida ordered officials to be prepared for all possible situations and ensure the safety of Japan’s aircraft and ships. There were no reports of damage. Japanese defense minister Nobuo Kishi told reporters that the test was “completely unacceptable.”