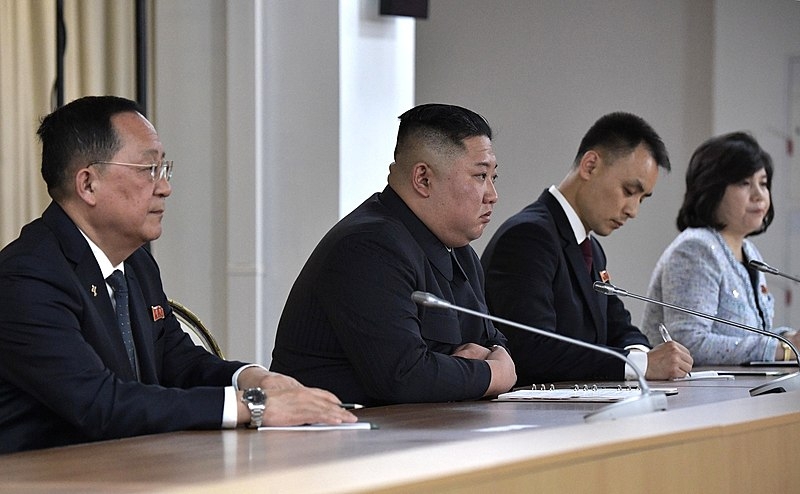 North Korea celebrated its military holiday this week as the nation touts its military arsenal. In remarks celebrating the holiday, North Korean leader Kim Jong-un has pledged to bolster the nation’s nuclear arsenal in the midst of ongoing weapons tests.

North Korean state media reported Tuesday that Kim vowed to strengthen North Korea’s nuclear arsenal during his speech at a military parade in the capital Pyongyang. The parade marked the 90th anniversary of the founding of the Korean People’s Revolutionary Army at Kim Il-sung Square.

“We will continue to take steps to strengthen and develop our nation’s nuclear capabilities at the fastest pace,” said Kim, according to state media outlet KCNA.

The North Korean leader also described the nation’s nuclear arsenal as a “symbol of national power” in his pledge to develop and strengthen North Korea’s nuclear program as fast as possible.

The isolated nation has repeatedly conducted weapons tests so far this year, including the test launch of an intercontinental ballistic missile, the first ICBM launch since 2017. North Korea paused its weapons tests when Kim met with then-US President Donald Trump in a summit to talk denuclearization. However, no agreement was reached.

North Korea is also facing international sanctions over its nuclear weapon tests, and all attempts to negotiate toward denuclearization have not succeeded so far. Officials from the US and South Korea, as well as analysts, have long predicted that Pyongyang may resume testing its nuclear weapons.

Kim responded by thanking Moon for his work on behalf of “the great cause of the nation.” Kim also said that their joint efforts gave him hope and that he also hoped relations between North and South Korea improve. South Korea has also confirmed the exchange of letters between the two leaders.