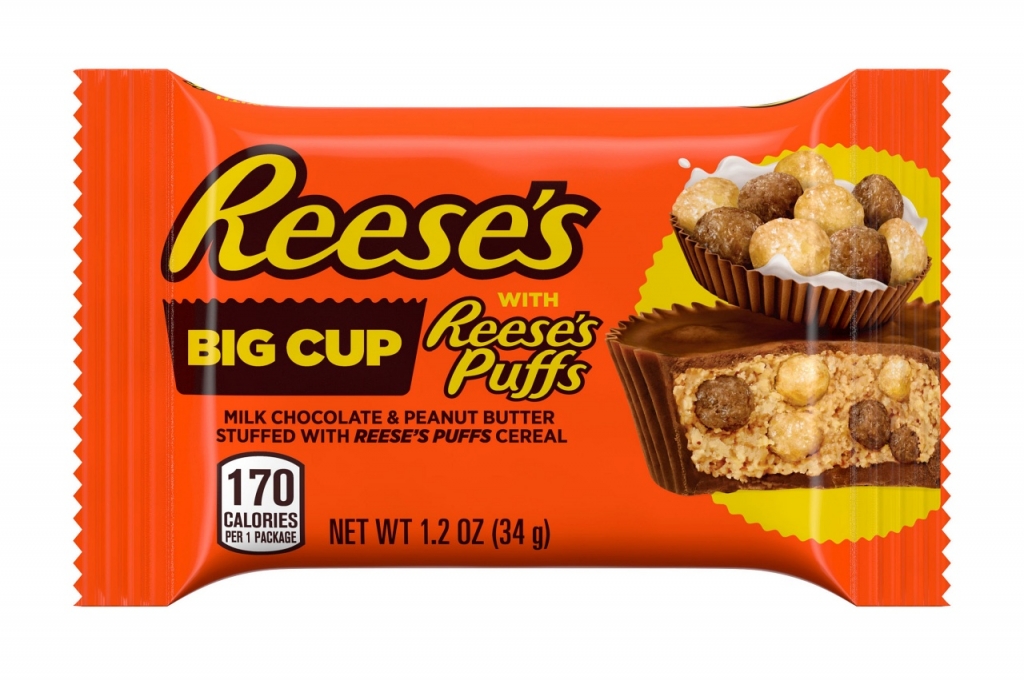 Reese’s, a popular chocolate cup filled with peanut butter, is set to be released with a twist. The Hershey Company is offering a new version of this candy, and this one has peanut butter and Reese's Puffs cereal inside.

Breakfast cereals today often taste like candies or sweet desserts thus, they can be easily mixed with chocolates too. And this is what Reese’s is trying to do with its newest product. The chocolate brand’s puff cereal was first launched in 1994 when it teamed up with General Mills food company. The collaboration brought the Reese Peanut Butter Cups to the cereal aisle of grocery stores.

Now Reese's announced it is putting its puff cereals inside its famous Peanut Butter Cup to make a cereal-inspired peanut butter and chocolate candy. The combination has been described as something “mindblowing” due to the overwhelming burst of two favorite sweet treats.

"Collaborations are quite popular but what we are about to unleash is next level,” Reese’s senior associate brand manager, Henry Hancock, said in a press release. “We knew the ultimate mashup was already within the Reese's universe, so we made it happen. We are taking chocolate and peanut butter fandom to a new stratosphere by adding Reese's Puffs cereal to our Reese's Big Cup."

Fans and consumers will get to taste the epic fusion of Reese’s Peanut Butter Cup and Reese’s Puffs Cereal soon. The Hersheys Company is rolling it out across the United States in November.

The maker of this new Reese’s candy said that this is probably the “most meta” chocolate cup they have ever created. Shoppers are promised to experience great-tasting candy with extra thick peanut butter cup with puff cereals mixed in. The new Reese’s Big Cup Stuffed with Reese’s Puffs Cereal’s textured bites only adds to its big flavor that people already know and love for decades.

Finally, the new Reese’s peanut butter cup product has no suggested retail price. The company simply indicated that prices would vary based on “the sole discretion of the retailer.