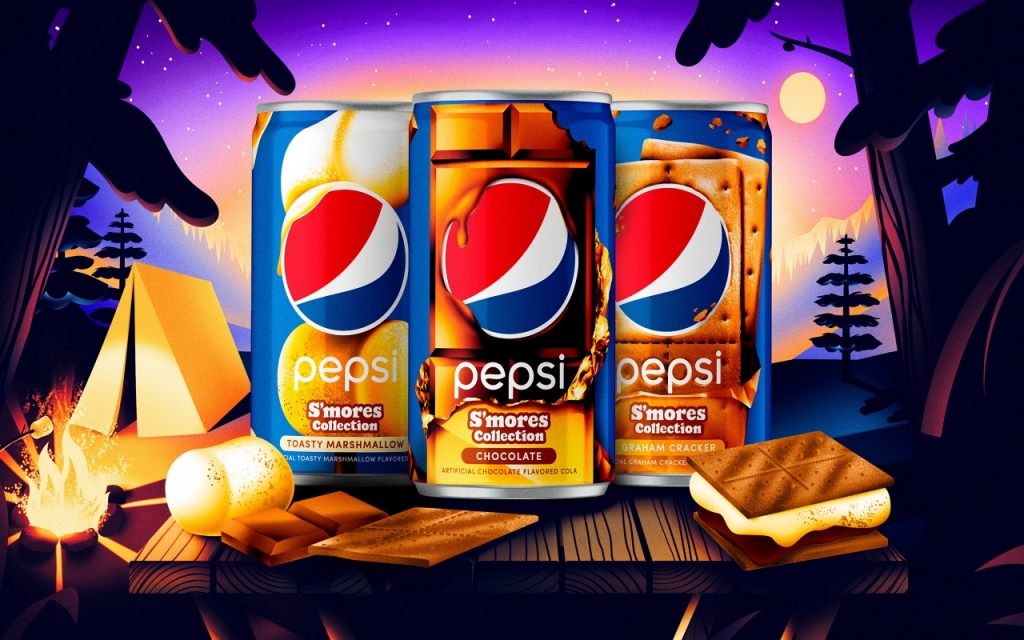 PepsiCo is offering something new to fans again, and they should get ready for the unlikely new flavor. The American beverage and snack manufacturer announced it would launch the unique Pepsi S’mores Collection is coming up this week.

PepsiCo revealed the limited-edition S’mores-flavored Pepsi sodas, and there are three flavors to choose from. These will be sold in 7.5-ounce mini cans, and fans can also mix the flavors if they prefer to do so. Pepsi said that mixing is actually encouraged to enjoy the new drinks more, as per The Drum.

It was noted that the new Pepsi S’mores Collection follows the company’s series of releases for limited edition sodas. The move to introduce unusual drinks is said to have been planned, in part, to bolster consumer engagement with Pepsi products as well as promote its brand as an experimental and innovative soft drink manufacturer.

Moreover, the goal of the attention-grabbing Pepsi flavors is to appeal to the younger generation as more and more people are shunning sweet sodas these days. A growing number of young people tend to choose healthier alternatives now. This is part of the reason why PepsiCo has been collaborating with popular brands and infusing its soda drinks with favorite foods.

For instance, PepsiCo teamed up with IHOP restaurant chain in March to release the Pepsi Maple Syrup Cola. Last year, it collaborated with Cracker Jack for a refreshing Cracker Jack soda.

"S'mores is one of the most unapologetically delicious treats that everyone likes to enjoy in a different way so, on the last day of summer, we at Pepsi are thrilled to introduce an entirely new way to s'more with our Pepsi S'mores Collection," PepsiCo’s chief marketing officer, Todd Kaplan, said in a press release.

He added, "This newest drop allows fans to construct their own s'mores to their liking with the perfect amounts of graham, marshmallow, and chocolate, in a deliciously indulgent drink without any of the mess. We can't wait for fans to try it."

Meanwhile, PepsiCo also launched an event where fans can get a chance to win a pack of the Pepsi S’mores Collection. Fans simply have to post a picture or description of “how they s’more” on Twitter or Instagram. They also need to add the hashtags #PepsiSmores and #Sweepstakes to enter the game, and 2,000 lucky winners are set to receive the new soda.