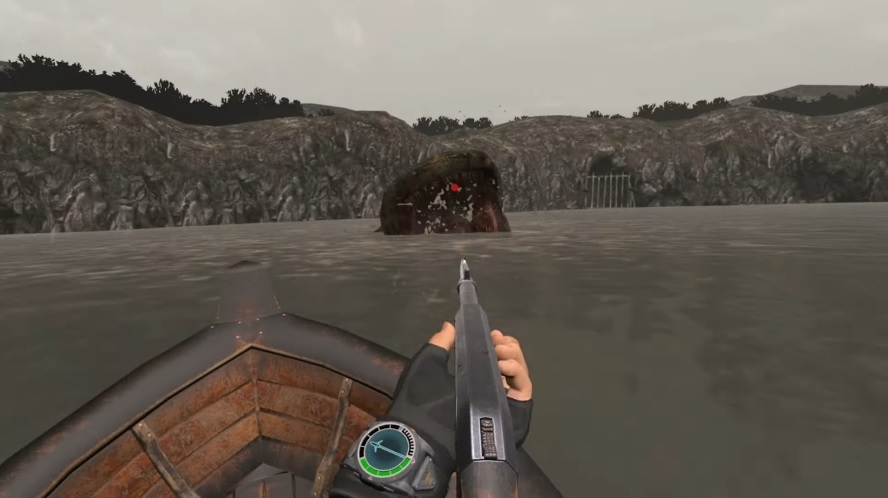 It appears that Capcom plans on issuing more support to the virtual reality (VR) version of “Resident Evil 4 VR.” A promo video was recently leaked, suggesting that the game is getting an update next year that would deliver the highly requested The Mercenaries mode.

“Resident Evil 4” has been one of the most popular installments of the survival horror franchise, so it was a nice throwback when Capcom released its newest port for VR gamers on Oculus Quest 2. While the majority of the original content was preserved in the latest port, long-time fans are missing The Mercenaries mode. But that should change in the near future.

The official YouTube channel of Oculus reportedly uploaded a new “Resident Evil 4 VR” trailer video announcing that a free update will be adding The Mercenaries mode soon. The trailer in question is not currently visible on the Oculus channel, but a copy of the said video is available through Biohazard Declassified.

The release of The Mercenaries in the original “Resident Evil 4” was significant because the developers introduced new elements that made it feel more arcade-like than a mini-game mode. It tasked players to kill enemies and earn points as high as they could before they are evacuated by a chopper, which means every session is time-limited. This mode also became popular in the original game because it exclusively featured unlockable Handcannon, Giant Chainsaw Man, and the playable character HUNK.

Since the video was immediately pulled out and no official announcements were made so far by Capcom or Oculus, it is very likely the trailer’s release was just an accident. But as mentioned, fans can still view the trailer through BHd. The 29-second video shows some press reviews of “Resident Evil 4 VR,” followed by a message that reads, “Next year we’ll be back with more to love.”

In the next frame, the alleged “Resident Evil 4 VR” video displays “The Mercenaries” saying it is “arriving in 2022” through a “free update on Meta Quest 2.” Those who do not know yet, Oculus Quest 2 has been renamed to Meta Quest 2 following Facebook’s rebranding. While the social network is still called Facebook, the social media empire that owns it, Instagram, WhatsApp, and Oculus, is now officially named Meta.

It is still unclear when the developers will make the official announcement for the rumored “Resident Evil 4 VR” 2022 update. But given that a trailer has already appeared online, albeit briefly, the confirmation should be happening before the end of the year.