Iran's foreign ministry spokesperson said they do not rule out the possibility of meeting at the sidelines of the UNGA to restore the deal, as its chief negotiator is part of the delegation. 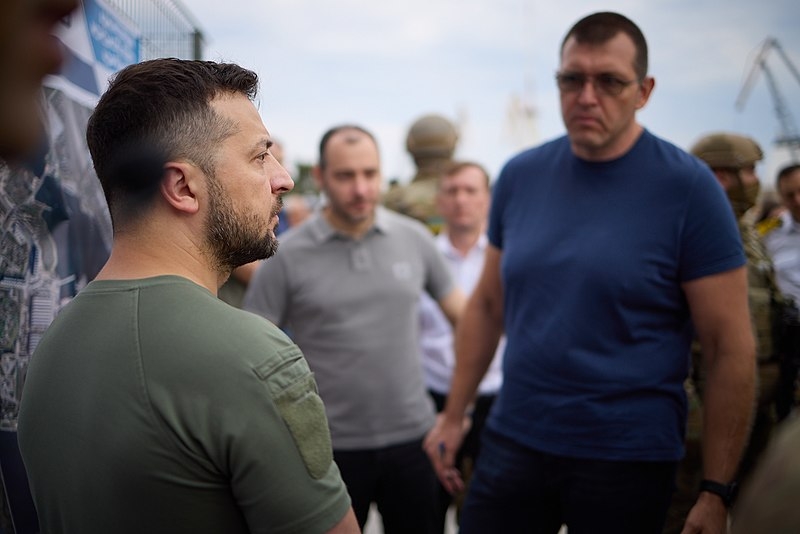 In his late-night video address, Zelenskyy blasted Schroeder, who is also known as a friend of Russian dictator Vladimir Putin, for saying that Moscow wants a “negotiated solution” to the war that has continued for five months. At the time, Schroeder also said that there was a possibility for a ceasefire.

“It is simply disgusting when former leaders of major states with European values work for Russia, which is at war against these values,” said Zelenskyy.

Podolyak also said any negotiated peace agreement with Russia would be contingent on a ceasefire and the complete withdrawal of Russian forces from Ukraine.

Meanwhile, three ships are set to leave Ukraine carrying 58,041 tons of corn Friday, under the deal between the two countries, Turkey, and the United Nations to unblock Ukrainian exports in the Black Sea.

From Chornomorsk, the Polarnet would be bound for Karasu in Turkey with 12,000 metric tons of corn and the Rojen will be taking 13,041 tons of corn bound for Teesport in the United Kingdom. The ship leaving Odesa, the Navistar, will be bound for Ringaskiddy in Ireland with 33,000 tons of corn.

Despite being under pressure, Ukrainian forces were also recently making gains as a result of using weapons provided by the West. However, Ukrainian General Oleksiy Hromov said Thursday that Russia may launch an offensive in Kherson in southern Ukraine to regain its momentum and has been building up its forces.

Russia has occupied parts of southern Ukraine since the beginning of the war, but Kyiv has vowed to launch a counter-attack using West-provided weapons to strike Russian supply lines and ammunition dumps.