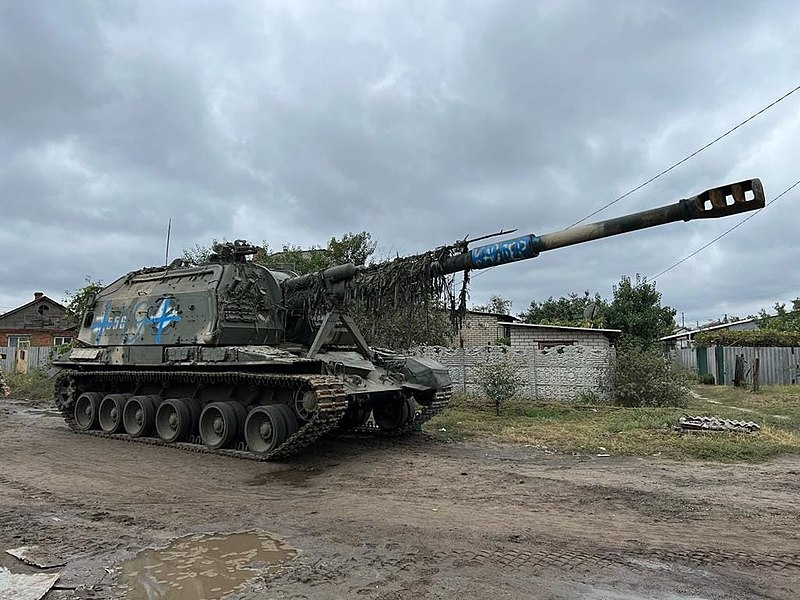 Ukraine has reinforced its hold on the retaken territories following its successful offensive. Ukrainian troops continue to march further in the eastern territory in areas that were abandoned which would clear the way for an offensive to reclaim the separatist-held Donbas region.

Ukrainian troops continued to advance in the eastern region to continue their momentum, gearing up for a possible assault to reclaim Donbas, where many pro-Russia separatists control the area. In the midst of the advance by Ukrainian forces, the region’s separatist leader has called for an urgent referendum for Russia to annex the region.

“The occupiers are clearly in a panic,” said Ukrainian President Volodymyr Zelenskyy during his televised address, adding that the focus was now on the “speed” in reclaimed areas. “The speed at which our troops are moving. The speed in restoring normal life.”

Luhansk’s Ukrainian regional governor Serhiy Gaidai said on the Telegram messaging platform that Ukrainian forces have reclaimed control of Kreminna and Bilohorivka, which is close to the Russian-occupied city of Lysychansk.

In the midst of the advances by Ukrainian forces, authorities are also looking into what took place in the areas formerly occupied by Russian troops for months before they fled.

In a makeshift cemetery in Izyum, Ukrainian forensic experts have exhumed 146 bodies that were buried without coffins, according to Kharkiv’s regional governor Oleh Synehubov.

Zelenskyy previously said that around 450 graves were found at the site. Kyiv has yet to determine how most of the people buried in the area died, but officials say dozens were killed in the shelling of an apartment building, and some signs that others were killed by shrapnel.

The European Union has condemned separatist calls for a referendum to formally become part of Russia. The EU’s foreign policy chief Josep Borrell said in a statement Tuesday that should a referendum take place and succeed, the bloc will not recognize the results of the votes.

“Russia, its political leadership, and all those involved in these ‘referenda’ and other violations of international law in Ukraine will be held accountable, and additional restrictive measures against Russia would be considered,” said Borrell, adding that the referenda votes cannot be considered as a “free expression of the will of the people” in such regions.