This pair is a nod to Iverson's honoring of Dr. J by donning a #6 jersey at the 2002 NBA All-Star Game instead of his customary #3 jersey number, which is depicted on the heel. 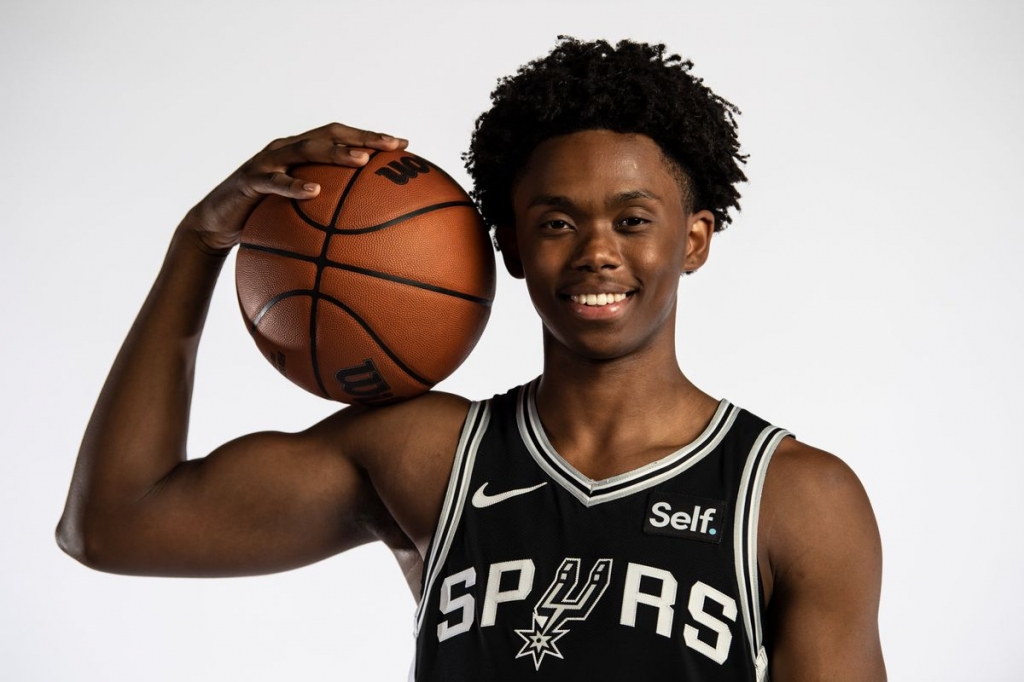 Self Financial’s logo will appear on Spurs jerseys beginning the 2022/23 season.

No financial details have been reported but the Spurs will acquire equity in Self Financial.

Self Financial’s logo will appear on Spurs jerseys beginning the 2022/23 season.

Additionally, Austin Spurs practice jerseys, warm-up shooting shirts, and jerseys worn by the Austin Spurs in the NBA G League will all feature the fintech brand.

Self Financial also be featured in the Spurs’ broadcast and radio platforms and will gain brand visibility at the team’s AT&T Center home.

Additionally, as part of the partnership, Self and Spurs Sports & Entertainment (SS&E) will introduce the annual "Building Dreams Award," which will give a non-profit organization leader $10,000 and introduce a "Building Dreams" content series.

James Garvey, founder and chief executive of Self Financial, said they are humbled to have theirr logo on the Spurs jersey to represent our customers and everyone who is taking the steps to build their dreams.”