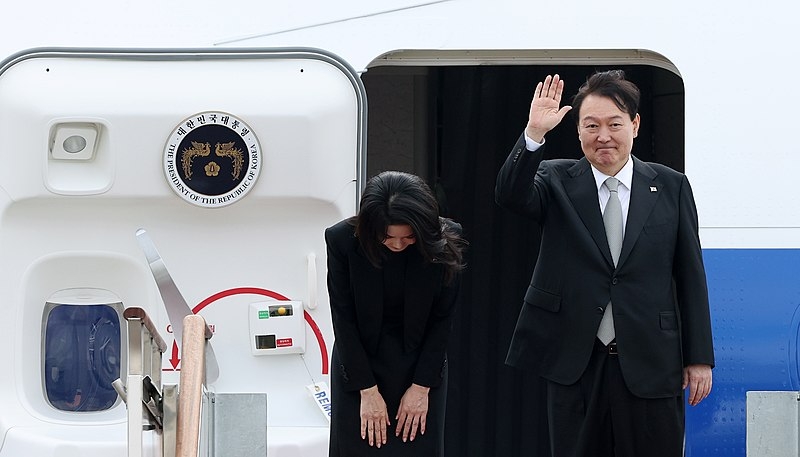 South Korean President Yoon Suk-yeol said false reports of his hot mic comments could risk relations with the United States. Yoon’s latest comments follow the incident where he was caught cursing on a hot mic during his visit to New York.

Yoon told reporters on Monday that with the exception of two or three major powers in the world, there is not a country that can fully protect itself and its people when he was pressed about the hot mic incident. Yoon added that false media reports about his hot mic comments threaten to damage relations with the country’s allies, such as the US.

“Well, rather than a controversy, I will say this: Except for one or two or three superpowers in the world, no country can fully protect the lives and safety of its own people with its own capabilities,” said Yoon. “I’d like to say that damaging the alliance with reports that are different from the facts puts the people at great risk.”

Yoon came under fire Wednesday last week when he was heard cursing upon leaving an event in New York following his brief meeting with US President Joe Biden. The opposition Democratic Party lawmakers accused Yoon of insulting Biden and disgracing South Korea.

Local media reports initially said that Yoon was saying the US leader would be embarrassed if the US Congress did not pass legislation regarding funding a global initiative. The hot mic incident went viral on social media.

“What an embarrassment…if these bastards refuse to approve it in parliament,” Yoon was heard telling foreign minister Park Jin. Yoon’s press secretary Kim Eun-hye, dismissed the accusations saying that Yoon was referring to the South Korean parliament rather than Biden.

Meanwhile, US and South Korean officials said that Vice President Kamala Harris would be visiting the demilitarized zone that separates North and South Korea on Thursday.

The visit to the DMZ by Harris is an effort by Washington to reiterate its commitment to South Korea’s security. The visit, which was announced Tuesday, follow days after Pyongyang fired a ballistic missile to the sea in the midst of fears of a possible nuclear test, the first since 2017.