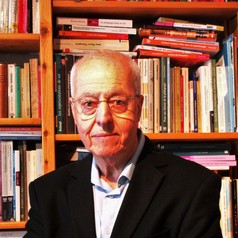 On October 16, 2020, Samuel Paty, a history and geography teacher at Conflans-Sainte-Honorine, was murdered outside his school a few days after showing his students caricatures of Mohammed as part of a class on freedom of expression.

I didn’t know him personally but I would like to say here how much his horrible death highlights the magnitude of the struggle teachers face today, more than ever.

As a history teacher, it was Paty’s responsibility to deliver a moral and civic education aligned with three official goals, as set out by the government. These are:

Before these goals were introduced in 2015, some people questioned their validity. Do these goals really sit in the domain of schooling, which is largely based around knowledge? Is there any difference between teaching faith in the Republic and teaching faith in God, Allah, or any other deity or supreme being?

Specifically, the French Republic does not teach a particular faith. Its values, as expressed in its laws, are not in the same order as religious conviction. They organise society and make life within it possible, assuring each person the total freedom to live his or her faith on the simple condition that they respect the faith of others – and also the choice of those who do not live any particular faith.

It was too much for the fanatic who brutally killed him.

Could Paty be blamed for not respecting his duty of impartiality as a public servant? Could he be considered as having taken sides, using content that may offend certain religious sensitivities? Did not the freedom of expression exercised in his teaching come into direct conflict with the opportunity that should be offered to students and their parents to hold and freely express certain religious beliefs?

The answer is unequivocally no, because he did what every teacher should do. “No one can renounce the freedom to judge and opine as he wishes”, as Spinoza pointed out in his Theological-Political Treatise. “In a free state it is possible for everyone to think what he wants and to say what he thinks”.

However, this in no way gives the “right to act by one’s own decree”. When it comes to actions, the law of the Republic prevails and is imposed on all, even the most zealous servants of a religion.

The freedom to which Spinoza refers applies to the expression of one’s opinions. The basis of the teacher’s speech and what they teach is different, however: it is not opinion but knowledge. What legitimises the teacher’s speech is its capacity to help students build knowledge that will be at the service of their freedom of thought, by helping them move beyond mere opinion.

It is this freedom of thought that the teachers of the Republic must promote and defend – and that was intended to be destroyed in the assassination of Samuel Paty.

The virus of hate

One could wonder if the coronavirus will make happy days disappear forever. The death of Samuel Paty shows us that humanity is facing an even more destructive virus – that of hate. For Spinoza, hatred “can never be good”. It is only a sadness, which marks the passage to state less than perfection. It must be “overcome by love, (or generosity) and not compensated by mutual hatred”.

Why should we feel hatred for those who do not share our faith? Basically, it was the generosity of the teacher that his murderer hated. He was the living proof that a teacher’s task is not to convert adolescents to his own opinions, but to accompany them in the construction of their freedom of thought.

For, if a teacher must love his students, it is as human persons capable of developing free thought, and in this respect, absolutely worthy of respect.

Astonishment and silence in front of the school in Conflans-Sainte-Honorine after the murder of Samuel Paty (CNews, October 17, 2020).

The difficulty of being a teacher today

The violence of this assassination shows the essential importance and the immense difficulty of the teaching profession today.

Essential importance, because to teach is to accompany all the children of the Republic on the path of knowledge – to guarantee and provide the means for true freedom of thought.

Immense difficulty, because this work comes up against obscurantism, sectarianism, and the most reductive fanaticisms at a time when faith runs the risk of stifling doubt, and when barbarism could believe itself stronger than humanism.

But Samuel Paty’s death also means the defeat of hatred. For if, as Alain wrote, “spring always has the same winter to overcome”, the harshness of winter is not enough to prevent spring from coming.