Technology is improving – why is rural broadband access still a problem? 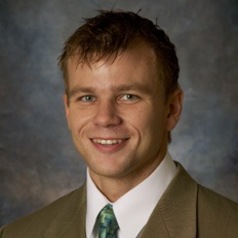 There is a well-documented “digital divide” between rural and urban areas when it comes to broadband access. As of 2015, 74 percent of households in urban areas of the U.S. had residential broadband connections, compared with only 64 percent of rural households. This gap has persisted over time. My own research reveals that broadband adoption can help improve the economy in these rural areas (including increasing income, lowering unemployment rates and creating jobs). In addition, we know that roughly 40 percent of the rural-urban adoption gap is because rural areas don’t have the same level of broadband access.

Technology continues to improve, enabling existing wiring to carry more and more data. The federal government has historically tried to provide infrastructure in rural areas. Its latest effort, known as the “Connect America Fund” (CAF), initially offered US$10 billion in subsidies to the largest telecom companies to begin offering service in unserved areas.

In some states, those large providers rejected that offer – so that territory is now available to smaller providers. Clearly, it is still significantly more difficult to deploy broadband in rural areas. In fact, the latest data show that only 55 percent of people living in rural areas have access to the speeds that currently qualify as broadband, while 94 percent of the urban population does. Why is this, exactly?

Legally speaking, “broadband” is whatever the Federal Communications Commission says it is. In the early 2000s, the FCC defined “broadband” connections as those that could transfer data at a speed of 200 kilobytes per second (kbps) in at least one direction – either “downstream,” downloading from the internet to a user, or “upstream,” uploading data from the user back to the internet. That was roughly four times faster than historical dial-up modems (56 kbps).

In 2010, the FCC changed what it called “broadband” to require speeds at least five times faster still. The minimum downstream speed increased to 4 megabits per second (mbps), with at least 1 mbps upstream.

Companies currently receiving Connect America Funds are required to provide at least 10 mbps down and 1 up. However, in 2015, the FCC again upgraded the minimum broadband service to 25 mbps down and 3 mbps up. The fact that the CAF program will fund projects that do not meet the current official definition of broadband has been a point of criticism.

These thresholds will continue to get higher. As that happens, rural areas will require the most work to become – and stay – compliant, because their existing bandwidth is generally slower than their urban counterparts. Only 75 percent of rural Americans have access to fixed (not mobile) connections of at least 10 mbps download speeds, compared to 98 percent of urban residents. And only 61 percent of rural residents meet the current 25 mbps threshold for any type of technology, compared to 94 percent of their urban counterparts.

It is still more efficient for telecommunications companies to install new communications lines in areas with high population density. This is basic economics related to how many customers there are to share fixed installation costs. There are typically around 2,000 people per square mile in urban areas versus 10 in some rural areas.

When companies switched data traffic from copper lines to more efficient and reliable fiber-optic ones, they did so first in the more profitable urban areas. Despite the many improvements in technology over the years, laying new line for wired internet connections still requires a significant amount of manual labor. Companies must weigh the cost of every mile laid against the expected profits from those lines. This works against rural areas, with fewer potential customers per mile.

For areas still served by copper wire, sending data at high speeds has distance limitations: The signals typically degrade after three miles. To get data traveling longer distances to and through rural areas, companies must install signal-amplifying equipment called “access multipliers.” That adds to the cost of serving rural customers.

Along these same lines, there is more competition among broadband providers in urban areas. Over 60 percent of the urban population has access to at least three wireline providers – a diversity of choice available to just 19 percent of rural residents. This competition can lead to lower prices and improved services for consumers – which, when they happen, ultimately raise adoption rates. This isn’t the answer – yet. jesse/flickr, CC BY

Mobile wireless is not the same as wired (yet). Wireline broadband technology is still dependent on the expensive act of physically laying wires. It might seem that wireless coverage – which covers broad areas from antennas across the territory rather than needing to connect wires to every home – could be the answer for rural communities. It is true that mobile wireless coverage has seen dramatic improvements over the years.

As cellular networks have been upgraded over time (think 3G, 4G and 4G LTE), mobile upload and download speeds have also increased – and have made smartphone use much more commonplace. In fact, rural residents are among several groups who have started shifting their internet connections away from a landline residential connection and towards a smartphone.

The latest data from the National Broadband Map show that 98 percent of rural areas have access to some type of mobile wireless internet connection. However, those connections aren’t necessarily fast enough to meet the formal FCC definition of “broadband.”

Specifically, 85 percent of U.S. wireline connections meet the current 25 mbps download threshold, while only 14 percent of wireless connections do so. Satellite connections typically max out at about 15 mbps. In addition, wireless coverage is sometimes spotty and can vary by provider and geography.

Rural broadband advocates have had some good news over the past couple of years with the continuing development of the Connect America Fund. To help improve the program, the FCC set up several “Rural Broadband Experiments” in 2015, with 14 projects ongoing (10 fiber and four wireless). These should provide some insight into the technological, administrative and logistical issues associated with funding rural broadband.

It is still worth noting, however, that even if rural broadband infrastructure were exactly the same as in urban areas, there would still be a “digital divide” in adoption rates, because rural populations are older, less educated and have lower income. Other programs, such as the recent Lifeline modernization (which will provide a monthly $9.25 subsidy for low-income consumers to buy telecommunications services – including broadband) will seek to address this more demand-oriented aspect.