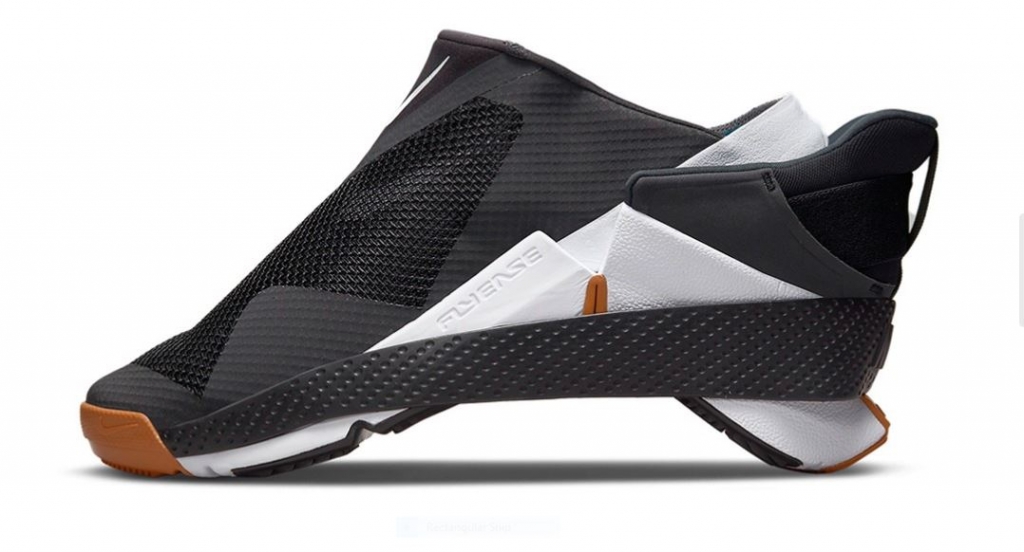 Nike designed the GO FlyEase sneakers with accessibility in mind, constructed with a bi-stable hinge to allow easy wearing and taking off.

Nike is adding the Black and Gum colorway to its lineup of hands-free slip-on GO FlyEase sneakers, considered a minimalist design compared to its Red and Black predecessors.

As suggested by its name, the colorway is black throughout the upper, with a gum outsole. The Swoosh and midsole are in white.

Nike designed the GO FlyEase sneakers with accessibility in mind, constructed with a bi-stable hinge to allow easy wearing and taking off.

Making its debut earlier this year, Nike faced backlash after pricing the shoe as high as $2,000.

This time Nike is pricing its GO FlyEase "Black/Gum" at $120. It is set for release via Nike's website and select retailers.