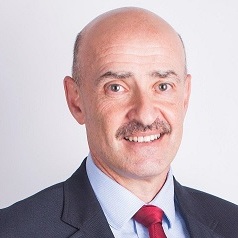 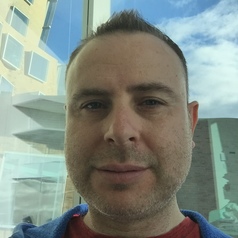 The Australian government shouldn’t rely on leaks like that of the Panama Papers to pick up on tax evasion, it should consider stronger action.

The federal government showed some leadership earlier this year by announcing the establishment of a public register of beneficial ownership of companies, with the aim of improving transparency.

A register would allow both the public transparency and law enforcement scrutiny of all corporate entities in Australia, showing who are the beneficial owners and in particular those involved in illegal and corrupt activities and tax avoidance. At the moment it is difficult, if not almost impossible, to ascertain the beneficial owners of any Australian company.

Setting up such a register would be a great leap forward in restricting financial fraud, corruption and tax avoidance. It’s also consistent with the aims of the G20 and the OECD.

However, during the Anti-Corruption Summit 2016 in London, the government’s position formally softened. Effectively, the commitment to establish a register has changed to just an idea and there is now no mention at all of public access. In many respects this can be viewed as a significant back down by the government.

The taskforce, built profiles in relation to more than 1,000 Australians, with links to A$2.5 billion dollars in funds flows, named in the Panama papers. Specific taxpayers and their advisers were linked to potential criminal financial activity resulting in 12 criminal investigations.

Minister for Revenue and Financial Services Kelly O’Dwyer stated that:

“People who avoid paying the right amount of tax must understand there is no place to hide. The information in the Panama Papers is just one element that we use to piece together a full picture of the true extent of a person’s tax affairs.”

However there are still plenty of offshore entities and trusts being used to evade tax. Although, this latest investigation is a positive step, that alone is not the solution to many of the problems of tax evasion.

This then raises the question; has there been pressure on the government to water down transparency and avoid public scrutiny and if so, by who? We all need to be treated equally with unfiltered transparency being as important as any other public interest. For example, Prime Minister Malcolm Turnbull was named in the Panama Papers, but has been cleared of any malfeasance.

On the other hand, the government has claimed its first major scalp of the new parliament resulting from full public disclosure, Senator Sam Dastyari. He resigned from the front bench of the opposition as a result of making known that he asked Top Education to pay a A$1670 travel debt he owed to the Federal Finance Department. He did this, as required, on the parliamentary register of disclosures, and these are publicly accessible.

When the government pushes for more disclosure to government agencies, it often takes the “if you’ve done nothing wrong then you have nothing you fear” approach. So taking a soft stance on the public register of beneficial ownership of companies makes hypocrites of government leaders.

In contrast the UK government is already operating a beneficial ownership register. It has been running since June this year and most of the information contained in it is publicly available. Perhaps it’s time we caught up.