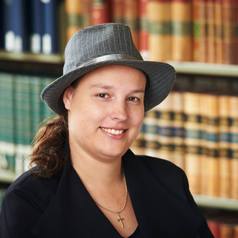 The Ruddock review on Religious Freedom has recommended the creation of a Religious Discrimination Act as part of its 20 recommendations.

Some have argued there is no pressing need for a Religious Discrimination Act. All states and territories, except South Australia and New South Wales, currently prohibit discrimination on the basis of a person’s religion. Religious discrimination is also prevented at the workplace under the federal Fair Work Act.

As Chief Justice John Latham explained in the Jehovah’s Witnesses case of 1943:

…it should not be forgotten that such a provision as s. 116 [of the Constitution] is not required for the protection of the religion of a majority. The religion of the majority of people can look after itself. Section 116 is required to protect the religion (or absence of religion) of minorities, and, in particular, of unpopular minorities.

Religious discrimination is not a new issue

Religious discrimination is not a new discussion in Australia. Twenty years ago, the Human Rights and Equal Opportunity Commission noted that:

Despite the legal protections that apply in different jurisdictions, many Australians suffer discrimination on the basis of religious belief or non-belief, including members of both mainstream and non-mainstream religions and those of no religious persuasion.

Submissions received by the commission detailed the areas in which people experienced religious discrimination. For example, Pagan groups found it difficult to hire facilities to conduct events, while Muslim, Buddhist and Sikh communities reported having problems with planning authorities. Some people said they kept their religions a secret at work for fear of being fired or denied promotions.

The commission recommended the introduction of a federal Religious Freedom Act, which included provisions prohibiting discrimination on the basis of a person’s religion.

What’s the state of religious discrimination in Australia?

Australians already enjoy a relatively high level of religious freedom. However, this does not mean that people are never discriminated against on the basis of their religion.

In 2014, for instance, the parliament banned people wearing face coverings from entering the open public viewing gallery in Parliament House. Instead, they were relegated to the glass viewing area usually reserved for school children. The effect of the ban was to discriminate against Muslim women who wear burqas or niqabs as part of their religious devotion.

During the same-sex marriage postal survey, there were reports of people claiming they were discriminated against because they supported the “No” campaign. An entertainer who worked as a contractor for a children’s party business was fired after changing her Facebook profile frame to one that included the words “it’s OK to vote no”. She claimed she was discriminated against due to her Christian beliefs.

Under the International Covenant on Civil and Political Rights, Australia is also obligated to enact laws prohibiting both religious discrimination and vilification.

Religious vilification is behaviour that incites hatred, serious contempt for, or revulsion or severe ridicule of a person or group of people because of their religion. Only three states – Victoria, Queensland and Tasmania – currently prohibit religious vilification.

In response to concerns about the tone of the same-sex marriage debate, the federal government passed a temporary Marriage Law Survey (Additional Safeguards) Act 2017 (Cth). The act prohibited vilification on the basis of a person’s “view in relation to the marriage law survey question” or a person’s “religious conviction, sexual orientation, gender identity or intersex status.” It automatically lapsed on November 15 2017, the day the survey results were released.

Without the full details of the Ruddock review, it is unclear whether the proposed Religious Discrimination Act would include provisions prohibiting religious vilification.

What would a Religious Discrimination Act do?

Ethnic origin has been interpreted by the courts to cover both Sikhs and Jews. By contrast, Muslims and Christians are not covered by the Racial Discrimination Act, as they do not constitute a single ethnic group.

But as the Federal Court of Australia explained in Jones v Scully, ethnic origin covers more than a person’s racial identity. It includes groups who have shared customs, beliefs, traditions and characteristics derived from their histories.

Those claiming discrimination on the basis of their lack of religious beliefs are also not covered under the Racial Discrimination Act. This creates a discrepancy in the treatment of different religious groups under the law.

As Australia continues to debate the best way to protect freedom of religion, while also guaranteeing the rights of other groups, such as the LGBTI community, balance and compromise will be necessary.

As part of that balancing act, the government has already announced it will remove some religious exemptions from the Sex Discrimination Act, making clear, for instance, that students cannot be expelled from religious schools on the basis of their sexuality.

Other restrictions, such as requiring religious organisations to be transparent in their use of exemptions in anti-discrimination legislation such as the Sex Discrimination Act, may also be needed.

A Religious Discrimination Act should also be part of the compromise and balance. Religious discrimination may not be an everyday occurrence for many Australians. However, this does not mean the law should ignore those who have been discriminated against because of their faith or lack of it.