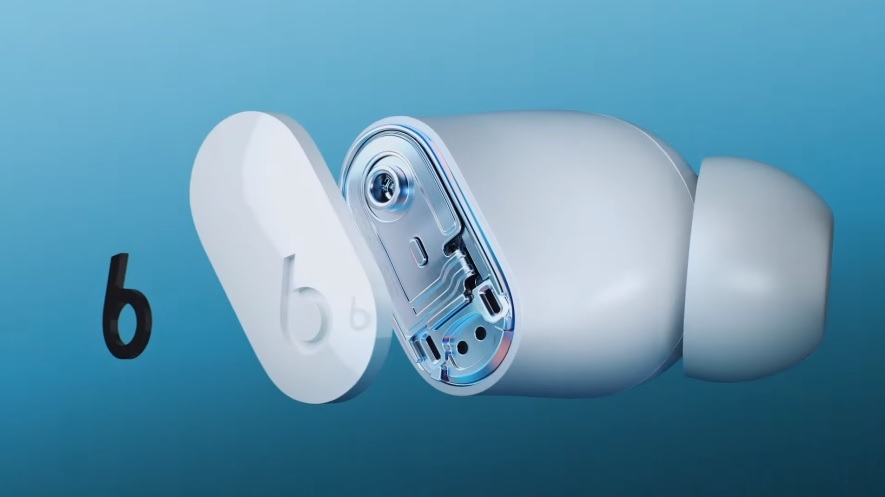 The Beats Studio Buds was officially launched on Monday, just a few weeks after it was spotted in the iOS 14.6 code. The Apple-owned brand has now unveiled the wireless earbuds’ features that interestingly include Active Noise Cancellation while being priced lower than the latest AirPods.

One of the highlight features of Beats Studio Buds is the Active Noise Cancellation that blocks external noise. The device also features a Transparency Mode, similar to the AirPods Pro, that still blocks some of the external noise but will allow users to remain aware of their surroundings. The inclusion of these features was an interesting move, as these were deemed premium features first introduced on the AirPods Pro.

Beats Studio Buds will also support hands-free Siri voice commands activated by the phrase, “Hey Siri.” The wireless earbuds feature a one-touch button to pair them with Apple and Android devices. Another improvement in the Beats Studio Buds — in comparison with AirPods 2 — is its IPX4 rating that protects the earbuds from sweat and water.

Its battery life is advertised at up to 8 hours on a single charge. Its wireless charging case (supports USB-C universal charging) can pack up to two additional charges, which brings the Beats Studio Buds’ listening time up to 24 hours. Another feature similar to AirPods Pro is its interchangeable soft eartip that comes in three sizes for every purchase.

For $149.99, Apple fans can get a pair of Beats Studio Buds, USB-C charging cable, and small/medium/large eartips. The earbuds are available in three colors: red, black, and white.

An order page is now live on Apple.com. However, delivery of Beats Studio Buds will not start until Thursday, June 24.

Should Apple fans wait for the AirPods 3?

With its main features and price considered, Beats Studio Buds is something worth checking out for tech fans who have been wanting to upgrade their old AirPods. Apple has been rumored to announce a new entry-level AirPods 3 earlier this year, but that has yet to become a reality. It is expected to sport a new design that would be similar to the first AirPods Pro. But it is uncertain if it would carry premium features like Active Noise Cancellation.