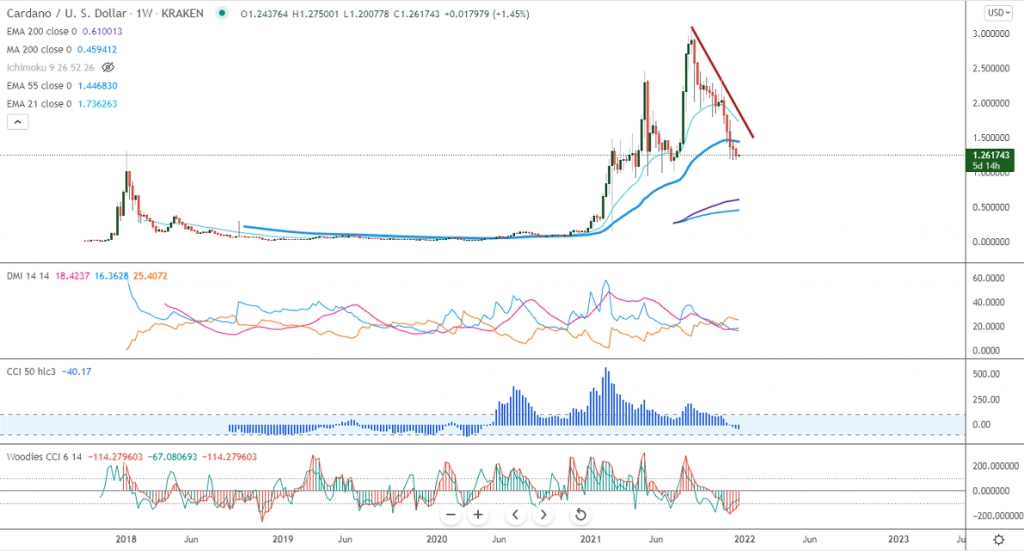 Cardano is a fully open-source decentralized third-generation public blockchain crypto project for ADA cryptocurrency. It has been created by Charles Hoskinson who is co-founder of Ethereum and Michale Parsons was an early advocate of Bitcoin and has more than 25 years of experience in the banking industry. The designers have initiated a ground-up scientific philosophy that creates a secure and workable blockchain to protect user privacy. It is used in various industries such as financial services, supply chains.

Blockchain consensus mechanism - Proof of Stake (POS) algorithm called Ouroboros which is extremely cost-effective compared to mining. Ouroboros is an innovative Proof -of - Stake which aims at higher security.  An Ouroboros process transaction blocks by dividing chains into epochs, each epochs is divided into slots. One epoch includes 432000 slots (5 days) and the slots are of shorter duration 20 secs. One node is to be nominated every 20 secs, for a total of 21600 nominations per Epochs. Slot leaders who have the right to produce blocks are elected based on

Cardano uses the Haskell programming language which is highly secure. It also came up with its own specially designed wallet called Daedalus which is more user-friendly compared to other cryptocurrency wallets.

Cardano cryptocurrency was added as a payment option by payment network Flexa.  ADA can be used for payments at over 40,000 locations in the U.S.

The Sundaeswap team decides to build a Decentralized exchange on Cardano. According to Sundeaswap

"… in simple terms, Cardano is faster and cheaper than the alternative smart contract platforms. It also is run by a non-profit foundation and regularly collaborates with high-profile academic institutions. All in all, it is more advanced and a better option for future projects to be built upon."

The other DEX built on Cardano is ADAX Pro, Cardax, AdaSwap, and Danaswap.

The supply of Cardano is limited

It is used in various sectors such as Health care, finance, and Agriculture.