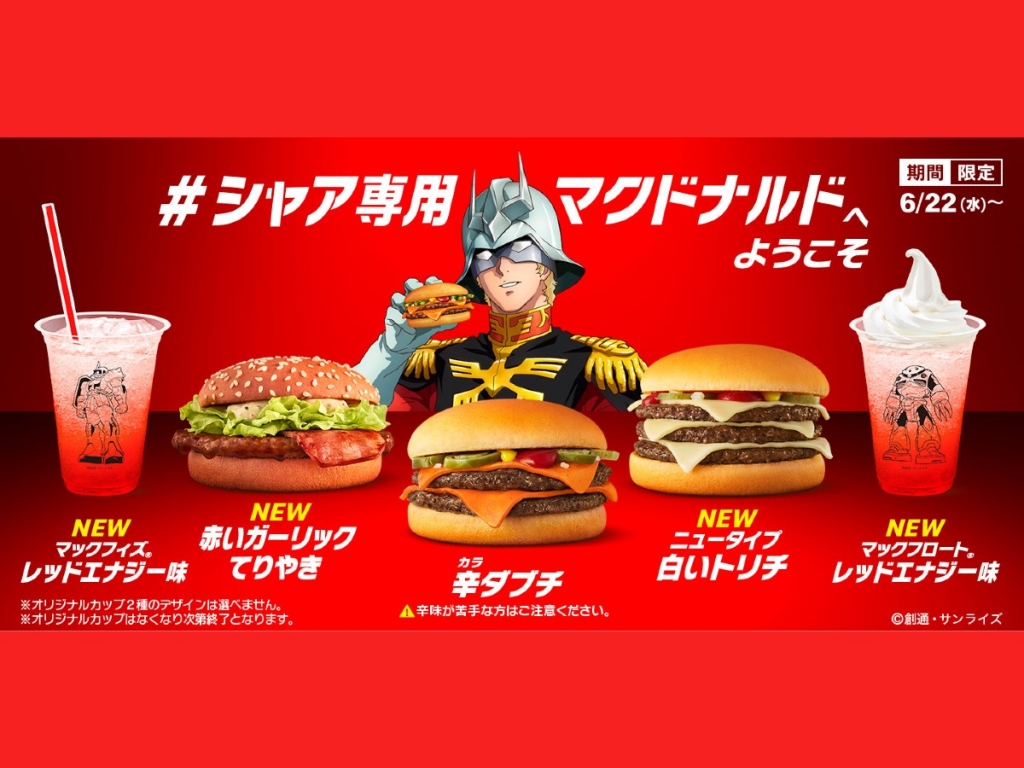 The new burgers and drinks are being dubbed "Char's Custom McDonald's," a reference to Char Azanable's custom MS-06S Zaku II.

McDonald's is teaming up with Char Azanable, the Red Comet from the iconic anime series Mobile Suit Gundam for a six-item menu of Gundam burgers and beverages beginning June 22.

The new burgers and drinks are being dubbed "Char's Custom McDonald's," a reference to Char Azanable's custom MS-06S Zaku II.

Beginning June 22nd, all menu items will be available for purchase at McDonald's locations throughout Japan. Customers can also use an AR-based "Gundam 100 Character Diagnosis" to determine which Gundam universe character they are with for a limited time.