We built an algorithm that predicts the length of court sentences – could AI play a role in the justice system?

Coronavirus outbreak: quarantining millions in China is unprecedented and wrong 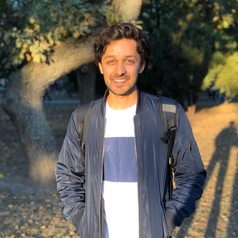 The World Health Organization (WHO) has declared the novel coronavirus outbreak a public health emergency of international concern. China has recorded over 8,246 cases, but just 170 deaths from the disease. As far as emerging diseases go, this virus appears relatively insipid.

Despite the mild severity of this disease, over 50 million people in Hubei Province have been restricted to their region as Chinese authorities try to prevent the spread of the virus. Wuhan’s public health authorities say they are in a “state of war” and public transport has been shut down in several Chinese cities.

Cordoning off ground zero is not unusual in public health emergencies. An outbreak of norovirus or salmonella may lead to restaurant closure. In the case of the Chinese novel coronavirus, the wet market from where it may have originated (in Wuhan) was similarly shut down.

Removing the suspected source of the disease is necessary but not sufficient. Any public health response to a disease outbreak must prevent transmission of cases to others. And while isolation is a well-established practice for individual cases, quarantining millions of healthy people is unprecedented in public health.

Across Asia, facemasks are back in vogue, with Alibaba selling 80 million over two days alone. Given the historical context, this is unsurprising. The Chinese are well acquainted with outbreaks of viral disease. Crystalline memories of severe acute respiratory syndrome (Sars) have re-emerged. But it is this very context that raises the question: is such a drastic response warranted?

Some, looking in from the outside, may welcome mass quarantine. But in reality, it is no better than the usual public health response of isolating cases and potentially high-risk contacts of cases. Going further to isolate those who have any theoretical risk of disease may allay public fear and provide the illusion of intervention, but it cannot be considered an evidence-based practice.

First, the argument for mass quarantine rests on the perilous assumption that one person’s risk of infection is the same as another’s, simply because they live in the same region. We know this is not the case, particularly at an early stage in an outbreak, and that there are groups at higher risk who may be identified and targeted first before radical strategies that interfere with usual activities are considered.

In fact, any impediment to the day-to-day functions of healthcare and other infrastructure can be a huge problem for disease control. Contact tracing, disease surveillance, public education and administering protective equipment, drugs or vaccines, rely on effective communication with hospitals, primary care, laboratories and other institutions, such as schools or nursing homes. Descending into a zombie-apocalypse scenario does not help in the operational coordination of complex cross-agency public health activities.

Second, a Chinese public health response must protect those within the affected region as well as those outside it. The current position flagrantly ignores the rights of healthy people in and around Wuhan. If we assume all currently recorded cases are within the city of Wuhan (of approximately 11 million) and not the wider region, then we can conservatively estimate that over 99.9% of people are not cases.

While human-to-human transmission appears to be occurring, preliminary reports don’t suggest that this is a particularly infectious disease. For every one case, the WHO estimates that a further 1.4 to 2.5 (or an average of two) more people are infected. To put this in perspective, for measles, an estimated 12 to 18 people will get infected from a single case. So the vast majority of the population trapped in the region are not unwell and would be unlikely to get infected with an appropriate public health response.

Such a geographical lockdown of this magnitude is not just superfluous but also introduces new health problems into the mix. The first week of quarantine has resulted in crowded hospitals, food shortages and the local economy grinding to a standstill. Amid such chaos, even the Chinese will struggle to prevent defectors from fleeing. Also, it is unclear when it would be possible to lift such a lockdown.

With cases increasing by the day, the quarantine looks like it is here to stay, but escalating economic and social pressures will loom large for decision-makers. Surely the billions the quarantine is costing the Chinese economy would be put to better use in developing new diagnostic, preventative or therapeutic technologies for the virus?

A quarantine of this scale will create more problems than it solves. Other countries must be careful not to hastily imitate the Chinese if and when given the opportunity.