‘Apex Legends Mobile’ will launch globally in May 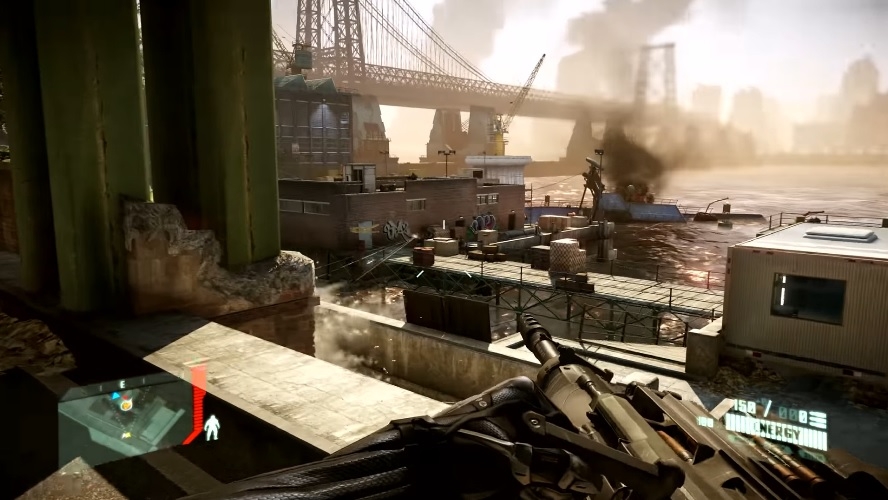 Fans of Crytek’s first-person shooter series do not have to keep guessing if the franchise will continue beyond the trilogy. The studio announced on Wednesday that it is developing the next installment with a working title, “Crysis 4.”

The confirmation comes from a blog post by Crytek CEO Avni Yerli, where it was announced that “Crysis 4” is already in the works. The rest of the announcement did not offer much information about the upcoming game, though.

It is unknown when the game will be released. But Yerli noted that the “Crysis 4” development is still in the early stages, which usually means fans still have to wait a year or more before they can play the game. “But we wanted to bring you the news at this time as we are so hyped for the future, and to let you know that we will be listening to our community,” Yerli wrote.

The “Crysis 4” announcement was accompanied by some teasers, but they do not give away any information about the next game’s plot. A teaser image just shows a Nanosuit helmet on a pile of debris. The trailer, which runs for less than a minute, is cryptic as well. The video opens with an image of the sun (or a burning planet) and cuts into flashing scenes of the world descending into chaos before ending with the message, “Join the journey. Become the hero.”

Crytek emphasized that “Crysis 4” is just a working title, but the studio has also referred to the game as a “fourth installment” of the franchise. That suggests the next game would be a continuation of the events from the first three titles instead of being a series reboot, which has become a common occurrence in recent years for long-running franchises.

The final scenes in “Crysis 3” showed the Prophet back to where the trilogy started -- the fictional Lingshan Islands. The Nanosuit Lifeform decided to assume the human Prophet’s real name, Laurence Barnes, before activating his stealth abilities. But the post-credits scene is where fans might get some hint at what would happen in “Crysis 4.” Michael Sykes, a.k.a. Psycho was shown confronting the CELL board of directors and seemingly demonstrating superhuman abilities. Crytek announces ‘Crysis 4’ development.