FxWirePro- Top altcoins for the day (Strength index)(AAVEUSD and SRMUSD)

FxWirePro- Top altcoins for the day (Strength index)(QTUMUSD and XMRUSD) 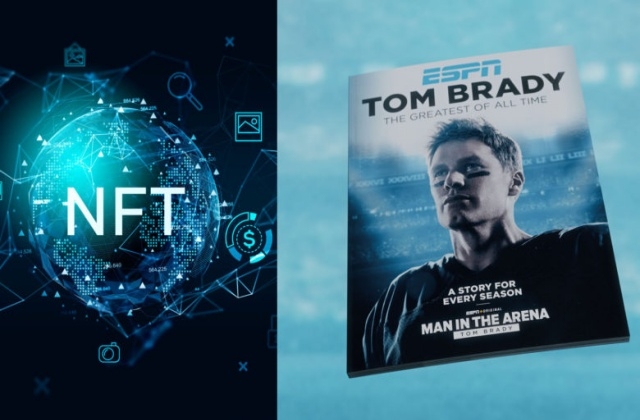 ESPN has joined the NFT bandwagon by joining hands with Tom Brady’s Autograph, an NFT platform. The sports media outlet that is co-owned by The Walt Disney Company and Hearst Communications announced it would be launching its very first non-fungible token collection through Autograph’s platform.

The ESPN and Autograph collaboration will officially bring the former into the world of crypto business. To kick off its new venture, it will release its first NFT featuring the Autograph co-founder, Tom Brady himself, who is also a seven-time Super Bowl champion.

ESPN’s first NFT collection is based on Tom Brady’s “Man in the Arena” 10-part documentary series that is airing on ESPN+. According to Bloomberg, the new digital asset collection will be available starting Wednesday, April 6, and will be up for sale for a limited time on DraftKings Marketplace. The collection has been aptly titled “Man in the Arena: Tom Brady Collection.”

ESPN’s NFT collection was designed in collaboration with Religion Sports and Autograph. The collection is made up of three ESPN magazine covers that highlight the quarterback superstar’s career, wins, and overall achievements. Also included in the pack is Brady’s signed NFTS, but he will only be singing 50 from the collection.

For the series’ next episode that has yet to be released, ESPN will release its second NFT collection titled “Back in the Arena.” It will drop on the launch of the upcoming 10th episode.

“This unique collection around Tom’s ‘Man in the Arena’ docuseries marks the beginning of our relationship with ESPN,” Autographh’s co-founder and chief executive officer, Dillon Rosenblatt, said in a press release. “As the first NFT partner for ESPN, the possibilities across sports and technology are endless, and we couldn’t be more excited to get this content out to the world in a massive way.”

Kevin Lopes, ESPN’s vice president of sports business development & innovation, said that the company is excited to offer its very first NFTs to meet the fans at the intersection of not only sports but content and technology as well. He added, “Our work with ESPN Edge has led us to where we are today, exploring new, innovative ways of engaging fans, and we are thrilled to partner with Autograph for this collection and others in the future.”