FxWirePro- Gold VS USDJPY VS US 10-year yield

FxWirePro:EUR/NZD neutral in the near-term, scope for downward resumption 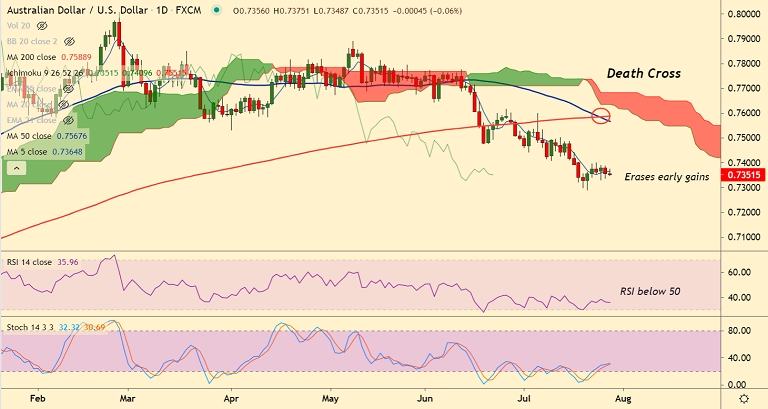 AUD/USD was trading largely unchanged at 0.7356 at around 06:15 GMT, trades mostly sideways after CPI data.

Trimmed mean remains below the Reserve Bank of Australia's target band of 2-3% and arrived at 1.6% YoY vs the prior 1.1%.

Australia CPI data which was largely inline with expectations had little impact on the AUD. Major trend remains bearish.

Price action is below cloud and major moving averages. Bears are on track to test 200-week MA at 0.7229.