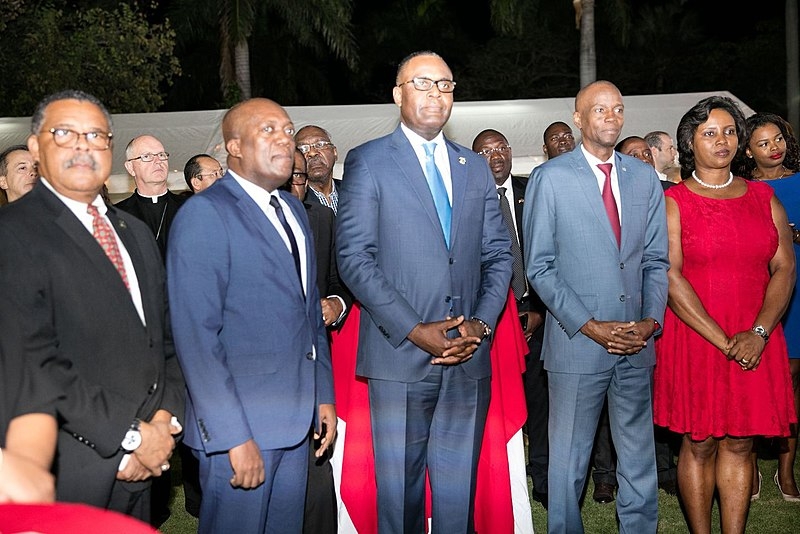 Embassy of the United States in Port-au-Prince, Haiti / Wikimedia Commons

An investigation is already underway following the assassination of Haitian president Jovenel Moise last week. As officials are rounding up possible suspects, Colombian nationals that have been detained claimed to have ties to a security firm in the US.

Investigators have arrested and detained 17 Colombians and two Haiti-Americans as they look into a plot to kill the Haitian leader, who was assassinated in his home. According to the Miami Herald, a person who questioned the Colombians that were detained said that the men claim to be recruited to work in Haiti by a security firm called CTU Security, based in Doral, Florida. The company is run by Venezuelan migrant Antonio Emmanuel Intriago Valera.

Several sources from Haiti also confirmed the claims made by the Colombians, with several of the Colombians saying that they have already been in Haiti for three months, some of them even longer. It remains to be seen if they knew or believed that the security firm’s leadership had knowledge about the assassination plot.

One source from Haiti said that the men were hired to provide VIP security, with some getting paid $3,000 a month. The two Haitian-Americans that were detained told a judge that they were hired as interpreters but did not reveal who their employer was.

Interim Haitian police director Leon Charles revealed in an interview that the investigation into Moise’s murder is making swift progress due to the assistance of Colombian authorities. Charles echoed the claims made by the family members of the Colombians that were detained, including the Haitian Americans, confirming that they worked for the US and Colombia-based company, and aside from working with the two Haitian Americans, they also worked with a high-profile doctor in the area.

This development follows previous reports of the investigation, with security footage revealing a gunman speaking English with an American accent. The gunman claimed to be working for the US Drug Enforcement Administration, declaring an operation when they entered the neighborhood. Moise’s wife, Martine Moise, was left injured from the attack and was rushed to the hospital.

Haiti’s interim Prime Minister Claude Joseph previously released a statement condemning the murder, saying that the assassination was carried out by a “commando group” that spoke Spanish.